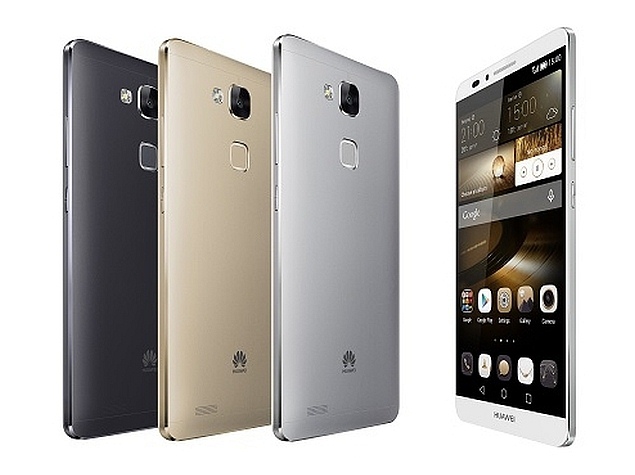 Huawei at its pre-IFA 2014 event on Thursday has launched a new phablet - the Ascend Mate 7. The company said that it will be releasing the Huawei Ascend Mate 7 in 30 markets during this quarter, starting with countries like China, France, Germany, Hong Kong, Italy, Spain, and the UK. The 16GB variant will be priced at EUR 499 (approximately Rs. 39,000), while the 32GB variant is priced at EUR 599 (approximately Rs. 47,000).

Huawei has put in a fingerprint scanner at the back of Ascend Mate, similar to HTC One Max. The company says that it can support up to five sets of different fingerprints, in regular and guest modes.

The phablet packs a 13-megapixel (f/2.0) camera with Sony's fourth-generation BSI sensor and LED flash, while there is a 5-megapixel front-facing camera also onboard the Ascend Mate 7.