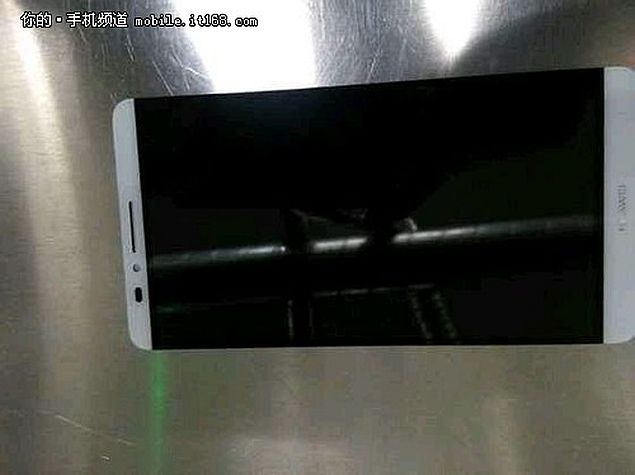 Huawei might introduce its rumoured Ascend Mate 3 as soon as this September, after successfully introducing a refreshed version of its predecessor, the Ascend Mate 2 4G, at CES earlier this year. Some rumoured specifications of the anticipated Ascend Mate 3, along with an alleged image, have made their way online.

The leaked image, reported by Chinese website IT168 (via Android Headlines), indicates the alleged Ascend Mate 3 greatly resembles the HTC One Max in terms of design.

The alleged upcoming Huawei phablet is also said to come with LTE support, which the Ascend Mate 2 4G that was launched earlier this year already comes with. Some other purported specifications via the AnTutu test results leak includes 2GB of RAM and 16GB of inbuilt storage.

While the processor remains unspecified in the purported Ascend Mate 3 AnTuTu test results, the Chinese report speculates the new Huawei phablet will not use Qualcomm's Snapdragon processors (as seen in the Ascend Mate 2) but instead use the firm's own HiSilicon Kirin 920 processor.

Huawei is yet to confirm any details about the anticipated Ascend Mate 3 handset.

Last month, Huawei made its Ascend G6 smartphone officially available at Rs. 16,999 in India. The Ascend G6 was globally announced at MWC, alongside tablets MediaPad M1 and MediaPad X1.