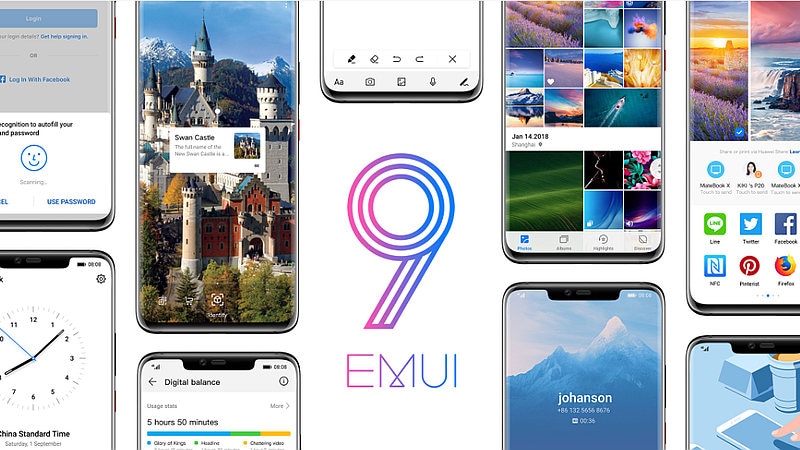 To recall, EMUI 9.0 was first unveiled in September, and has been available in beta for several models since, starting with the Huawei Mate 10, Mate 10 Pro, P20, P20 Pro, Honor 10, and Honor Play. Since the beta, it has launched four smartphones running EMUI 9.0 - Huawei Mate 20, Mate 20 Pro, Mate 20 X, and Huawei Mate 20 RS Porsche Design. The Honor Magic 2 also runs it, but only temporarily, until Magic UI 2.0 is rolled out to it.

Getting back to the news at hand, Huawei's EMUI handle in a Weibo post late last week revealed that the EMUI 9.0 will be rolling out to the nine of its top-end smartphones on November 10. The smartphones that will be receiving the EMUI 9.0 update from that date are the Huawei P20, P20 Pro, Mate 10, Mate 10 Pro, Mate 10 Porsche Design, Mate RS Porsche Design, Honor 10, Honor View 10 (known as Honor V10 in China), and Honor Play. GSMArena cites Chinese sources to claim that the rollout will be global.

The Chinese telecommunications giant has previously also revealed that EMUI 9.0 will be launched in India with country-specific features. It added that EMUI-specific research is conducted in a localized fashion, with different research institutes in India, China, Europe, and North America.

Let's take a look at some of the top features of EMUI 9.0: GPU Turbo 2.0 is designed to optimise intensive workloads and give an on-demand performance boost to the devices while reducing power consumption. There is also an Uninterrupted Gaming Mode to meet the needs of mobile gamers. Using onboard AI capabilities, EMUI 9.0 brings HiVision that enables the camera app to recognise major landmarks, paintings, and structures surrounding the environment and provide users with the relevant information using a layer of augmented reality.

EMUI 9.0 additionally includes a new Password Vault that helps users store their encrypted password with face or fingerprint for various services. Plus, there is a new Digital Balance dashboard that allows users to track device usage metrics and let them set the usage quota for each app. Other features include new navigation gestures, multiple backup options, one-handed controls, and improved Huawei Share features.