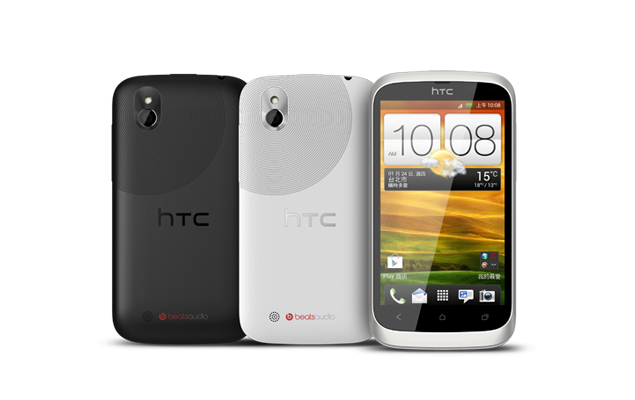 HTC has announced a new 4-inch device in its home country dubbed as the Desire U. The device is expected to retail for 7990 New Taiwan Dollar (about $274) or at NT$ 291 per month on contract from Chunghwa Telecom. Launch details for other regions remain unknown at the moment.

Specs wise, the Desire U doesn't have much to show off. At 9.32mm thick and weighing 119g, the smartphone sports a 4-inch capacitive touch display (800x480) and runs on Android 4.0 with the company's Sense UI atop. It comes with a 5-megapixel auto focus rear camera with LED Flash.

Internally, the device is powered by a 1GHz processor with 512MB RAM and has 4GB of internal storage with expansion options upto 32GB via microSD cards. The smartphone comes with a 1,650mAh battery.

An interesting addition to the phone's design is the micro-drilled cover art on the back panel. The HTC logo is engraved in the centre and like most other HTC device. It features Beats Audio integration. Connectivity protocols include Wi-Fi 820.11 b/g/n, 3G, Bluetooth 4.0 with aptX and GPS. The device will come in black and white colour options.

HTC has been in the news lately for its M7 full-HD device that is expected to launch one week ahead of the Mobile World Congress next month. The HTC M7 has been leaked in press renders over the past few weeks also seen with the yet-to-be-announced Sense 5.0 UI.

Previously rumoured specifications for the device indicate a 4.7-inch full-HD display, making it an incredible 468ppi. Other alleged specs include a 1.7GHz quad-core Snapdragon processor with 2GB RAM, 32GB of internal storage, 12-megapixel rear camera and a 2-megapixel one in the front.