HTC, Sony Announce Which of Their Smartphones Will Get Android 9.0 Pie Update 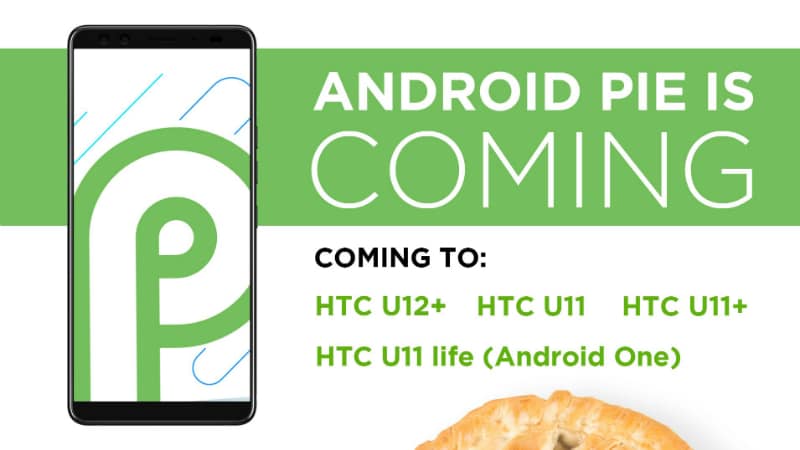 Android Pie is currently available for Google's Pixel range of handsets as well as the Essential Phone.

Android 9 Pie's final build was released earlier this month. Immediately out of the stable, Android Pie is available for Google's Pixel range of handsets as well as the Essential Phone. However, the tech giant announced that it would be working with several Android OEMs to push the update to their handsets. New developments have emerged revealing that the HTC U12+, U11+, U11, and U11 Life will be updated to the latest Android operating system, timelines for which will be revealed in "due course". Six Sony smartphones have also been confirmed to get a slice of Android Pie later this year.

The update will roll out to Sony Xperia XZ2, XZ2 Compact, XZ2 Premium, XZ1, XZ1 Compact, and XZ Premium, reports GizChina. The report specifies that these Sony smartphones will be updated between September and November this year. On the other hand, rollout for the above-mentioned HTC phones has been confirmed via a tweet on HTC's official Twitter account on Saturday. Out of the lot, the HTC U11 Life will receive an update through the Android One programme.

To recall, Chinese phone maker Vivo has already confirmed that Android 9.0 Pie will roll out to the Vivo X21 and other premium handsets in its lineup in the fourth quarter of 2018, which is sometime between October and November this year. Another Chinese manufacturer Xiaomi has also announced that the Xiaomi Mi MIX 2S' Android 9-based MIUI 10 beta update will be opened up to testers soon.

Other OEMs like OnePlus, HMD Global, and Oppo, registered in the Android beta programme, are also expected to soon join this list of Android Pie adopters for their prominent smartphone models. On handsets that have already received the stable update, including Pixel phones, you can install the update by going into Settings > Software updates.