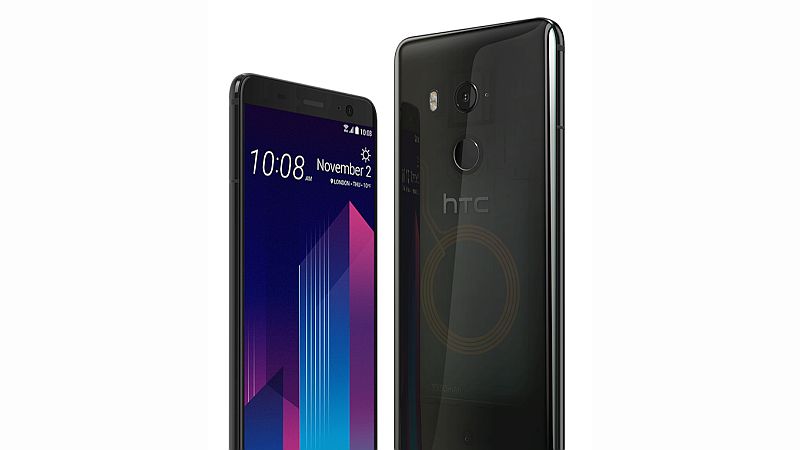 Soon after HTC's U11+ made its debut globally, a new report sheds light on its relation with the Pixel project. Google this year has been reported to be going back and forth with its manufacturers for the latest Pixel 2 and Pixel 2 XL smartphones. Now, a new report says that the HTC U11+ was the 'Muskie', the Google Pixel XL Successor that never was.

The Verge reports that the HTC U11+ was the original Pixel XL successor that was shelved. Citing sources familiar with HTC and Google have claimed that the new U11+ is indeed the 'Muskie' device which was reported in June to be shelved. The report adds that the design and other elements on the HTC U11+ were kept to make it part of the Pixel portfolio.

A report last week had pointed that the device codenamed 'Muskie' re-surfaced after being claimed to be axed. The report had also pointed out that this time around the device was associated with HTC branding. One of the major other factors that seemingly confirm that the HTC U11+ was indeed being developed to be the next larger Pixel variant is the screen size - both the handsets sport 6-inch display with QHD+ resolution. Instead, Google is thought to have gone with LG as the manufacturer, going by past reports and the use of a P-OLED display.

If Google may have gone with the HTC-made Pixel 2 XL then - who knows - perhaps it may never have been required to downplay issues reported for the Pixel 2 XL.

Some of the highlights of the HTC U11+ include a 6-inch Quad HD+ Super LCD display with a screen resolution of 1440x2880 pixels (18:9) and also comes with Corning Gorilla Glass 5. is powered by an octa-core Qualcomm Snapdragon 835 SoC clocked at up to 2.45GHz coupled with 4GB of RAM. On the camera front, the HTC U11+ sports 12-megapixel UltraPixel camera with autofocus, BSI sensor, OIS, f/1.7 aperture, and dual LED flash. At the front, there's an 8-megapixel camera with BSI sensor and f/2.0 aperture. The smartphone supports 4K video recording. The handset is backed by a 3930mAh battery and comes with QuickCharge 3.0 support.