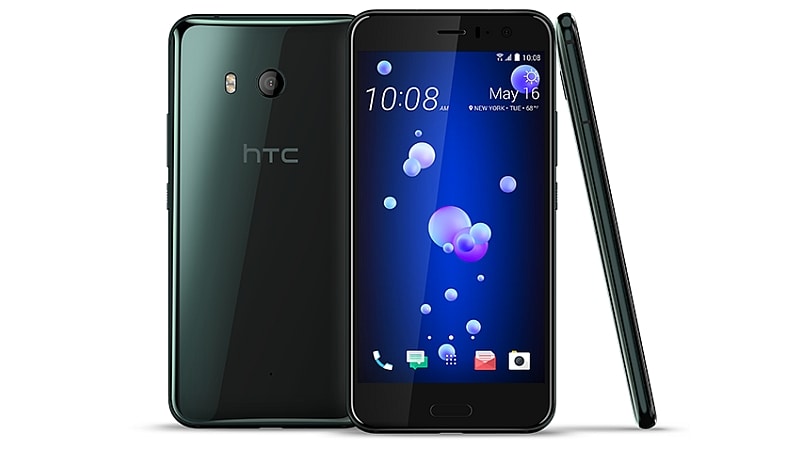 HTC launched its HTC U11, aka the 'squeezable' smartphone, in Taiwan last month and it seems like the company's latest flagship smartphone has gotten off to a good start in terms of sales. The HTC U11 has reportedly outsold company's HTC 10 and One M9 smartphones since it was made available for purchase late May.

In a shareholders meeting, Chang Chia-lin, president of company's smartphone and connected devices division, reportedly said that the HTC U11 has sold better than its predecessors, as per a report by Taiwanese website Focus Taiwan. Chang further said that the shortfall in global demand will most likely be filled only by July, as per the report.

HTC U11 smartphone comes with the company's unique Edge Sense feature that allows users to access various functions or launch different apps by just squeezing the smartphone from the sides, hence earning its 'squeezable' tag. The HTC U11 is launching in India today.

In terms of specifications, the HTC U11 runs on Android 7.1 Nougat with the company's HTC Sense skin on top, and supports dual-SIM cards (Nano-SIM). It features a 5.5-inch Quad HD (1440x2560 pixels) Super LCD display with Corning Gorilla Glass 5 protection. It is powered by 2.45GHz quad-core Qualcomm Snapdragon 835 SoC. It comes with 64GB of built-in storage, which is expandable via microSD card (up to 2TB).

Western Digital Moves to Court in a Bid to Block Sale of Toshiba Chip Unit
Indian IT Industry Worst Hit As Tech Jobs Dry Up: Study