HTC U11 Plus, HTC U11 Life Specifications Leaked Ahead of November 2 Event 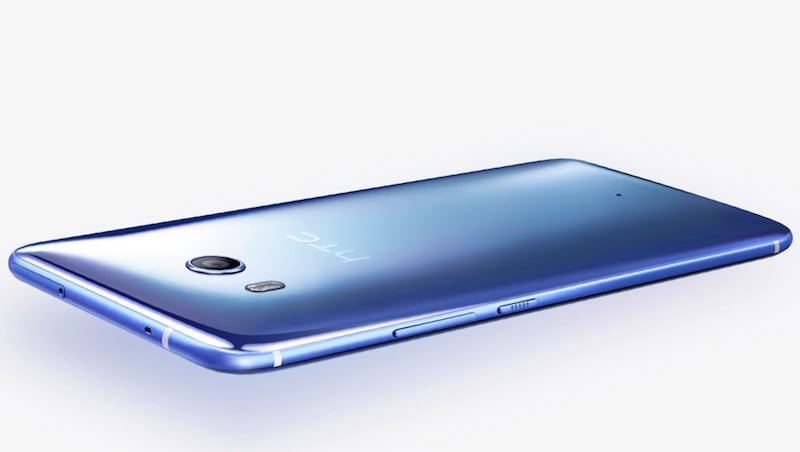 More unconfirmed images and details of what appear to be the HTC U11 Life and the HTC U11 Plus smartphones have been spotted online ahead of a confirmed media event by the Taiwanese handset manufacturer on November 2 in which it is expected to launch at least one "U-branded" smartphone.

A smartphone, called "HTC 2Q4D200", was spotted on Chinese telecommunication certification website TENAA. According to the listing, the handset will feature a 5.5-inch IPS display of screen resolution of 1440 x 2560 pixels, a 3830mAh battery, 4 or 6GB of RAM, 64 or 128GB of storage, and Android 8.0 Oreo. The handset, the listing additionally revealed, will have dimensions of 153.99x75.99x9.2mm. Some of these details are identical to the previously leaked specifications of HTC U11 Plus, a rumoured handset that will top HTC U11's hardware offerings.

The images of the phone on the certification website suggest that the supposedly upcoming HTC smartphone will have narrower bezel (compared to the HTC U11) on top, with near no bezel on the bottom end. This is in line with earlier reports that claimed that the HTC U11 Plus handset will have fingerprint scanner on the back side. According to the TENAA listing, the HTC U11 Plus won't have a headphone jack, but only a single USB Type-C port. It is expected to available in Sapphire Blue and Ice White Colour variants.

According to news outlet WinFuture, HTC will launch an additional smartphone called HTC U11 Life at the event early next month - something that has been rumoured before. The HTC U11 Life, according to the website, will feature a 5.2-inch full-HD (1080x1920 pixels) display, a Snapdragon 630 SoC, 32GB of inbuilt storage that's expandable via microSD card, and a 2600mAh battery. The handset is also expected to feature support for NFC, Bluetooth 5.0, and the Edge Sense feature. HTC will announce an Android One variant of the HTC U11 Life, the news outlet noted, corroborating an earlier claim. It is expected to be available in Black, White, and Blue colour variants. WinFuture claims the handset will be priced at €400 (roughly Rs. 30,500).