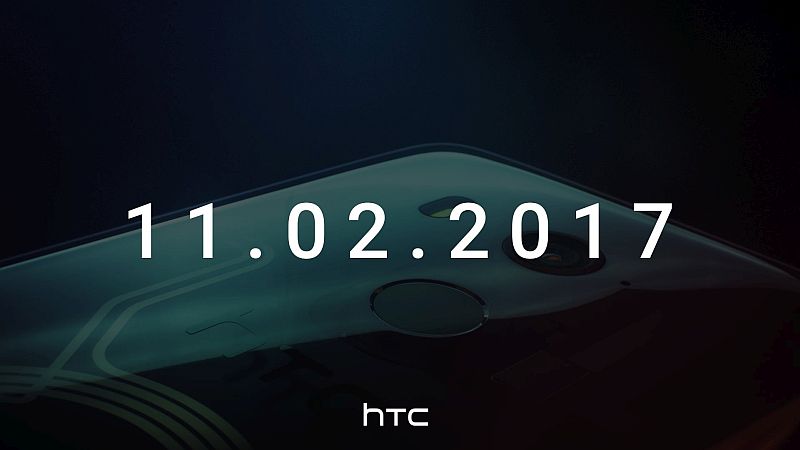 We are merely a week away from HTC's upcoming new U-series smartphone launch but the leaks around the event aren't stopping. The Taiwanese handset maker has teased the new U11 variant on Twitter with a teaser that says, "You'll see it all on 11.02.2017." Separately, prolific tipster Evan Blass has claimed that the November 2 launch event could only see the mid-range HTC U11 Life being unveiled and not the HTC U11 Plus, which has been making rounds on the Internet.

The newest teaser by the company seemingly shows the upcoming handset's rear panel. Some of the features that are being revealed by the official teaser includes presence of fingerprint scanner at the back, single primary camera lens which means no dual camera setup, and LED flash. The HTC branding is also clear at the back. At the moment, it isn't clear whether the handset shown in the teaser is the U11 Life or the U11 Plus.

If Evan Blass is to be believed then the smartphone in the teaser is indeed the HTC U11 Life which will be unveiled on November 2. A Geekbench browser benchmark listing leaked earlier this week claimed that the HTC U11 Life showed the smartphone running Android 7.1.1 Nougat and was powered by a Snapdragon 660 SoC. There was 3GB of RAM on board. The benchmark listing also suggested that the unit scored 858 in single-core and 4136 in multi-core tests.

The Taiwanese handset maker has been dropping hints about the upcoming smartphone, and said that it will bring back the "BrilliantU", confirming that the new device will indeed be U-branded. The new smartphone can be expected to come with squeezable frames, much like the HTC U11.

Jio Raises Price of Rs. 491 Plan to Rs. 499 in Less Than a Week of Launch
Microsoft, Cray Partner to Give Azure Cloud Users Supercomputer Access