HTC U11 Life Specifications Revealed By Listing; Said to Be Android One Phone 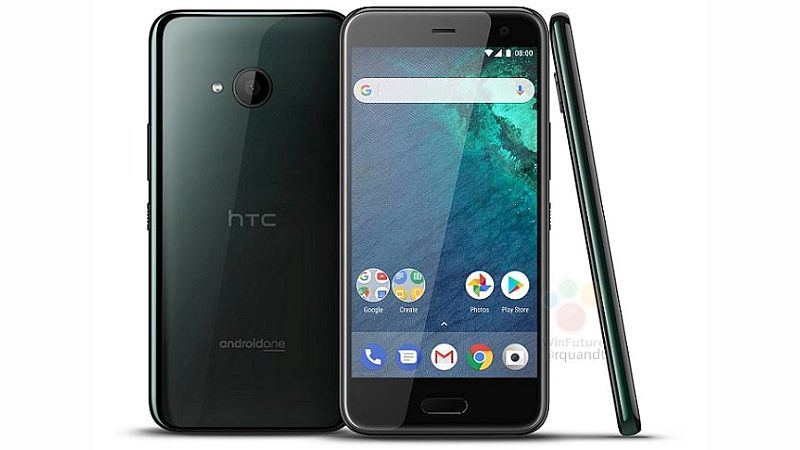 Taiwanese handset maker HTC is all set to launch a new U-series smartphone on Thursday, and it may have been accidentally leaked by a partner mobile carrier already - T-Mobile. Separately, a tipster has claimed that the upcoming HTC U11 Life will be part of Google's Android One program.

The listing was pulled down soon though not before accidentally revealing almost the complete specifications list. According to a report by Android Police, which spotted the T-Mobile listing first, HTC U11 Life will sport a 5.2-inch full-HD display. It is powered by Snapdragon 630 SoC coupled with 3GB of RAM. There's 32GB storage on board and it comes with expandable storage support via microSD card. The handset is said to come with two 16-megapixel sensors at the front and back. Further, the HTC U11 Life is said to launch running the company's Sense UI on top of Android 7.1.1 Nougat. It is said to pack 2600mAh battery and come with IP67 certification.

Another report claims the price of the upcoming HTC U11 Life to be EUR 369 (roughly Rs. 28,000) and come in Brilliant Black colour option. Roland Quandt of Winfuture adds that HTC U11 Life will be launched as part of Google's Android One program which may mean that the handset will run stock Android. He adds that the U11 Life will launch running Android 8.0 Oreo out-of-the-box. The new Android One smartphone from HTC in partnership may not be entire surprising especially considering Google recently tied up with Xiaomi for the Mi A1 Android One smartphone which meant the program receiving a bit of re-jig.

Separately, Evan Blass has claimed that the HTC U11+ which is expected to be revealed after the launch of the U11 Life will come in three colours. According to Blass, the U11+ will come in Black, Silver, and Translucent colours. HTC U11 Life is widely expected to launch at the company's Thursday event.