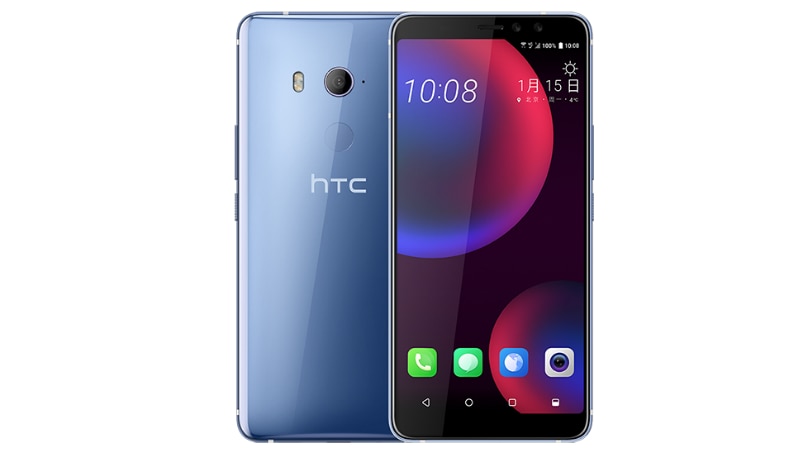 HTC on Monday announced the launch of the latest HTC U11 EYEs in Taiwan and China. The mid-range smartphone from HTC comes in Black, Silver, and Red colour variants. It has been priced at CNY 3,299 (roughly Rs. 32,500) and the first sale is at 10am on January 25 with registrations starting from Monday, January 15 itself. The biggest highlight of the smartphone is that it sports the biggest battery on an HTC smartphone yet - 3930mAh - something that HTC touts on its listing page. To recall, the company had teased the Monday launch of the smartphone last week, and it had been leaked by famed tipster Evan Blass (@evleaks) alongside.

The HTC U11 EYEs is a dual-SIM (Nano) smartphone that runs HTC Sense based on Android 7.1 Nougat. It sports a 6.0-inch full-HD+ (1080x2160 pixels) Super LCD3 display with an 18:9 aspect ratio and Gorilla Glass 3 protection. The phone is powered by a 64-bit octa-core Qualcomm Snapdragon 652 SoC, coupled with 4GB of RAM.

In the camera department, the U11 EYEs bears a 12-UltraPixel rear sensor with features like phase detection autofocus (PDAF), OIS, f/1.7 aperture, and dual-tone dual-LED flash.On the front is a dual camera setup that sports two 5-megapixel sensors, with HDR enhancement, an f/2.2 aperture, and Bokeh mode, for selfies and video calling. The smartphone comes with 64GB of inbuilt storage expandable via microSD card (up to 2TB). The phone also has HTC USonic audio technology with active noise reduction.

Connectivity options include 4G, GPS, GLONASS, Wi-Fi 802.11ac, Bluetooth 4.2, USB Type-C port, and NFC. Sensors on the phone include a rear-mounted fingerprint sensor, face recognition sensor, digital compass, gyroscope, ambient light sensor, distance sensor, magnetic sensor. It is IP67 certified for dust and water resistance. There is a 3930mAh battery under the hood with Quick Charge 3.0. Dimensions of the HTC U11 EYEs are 157.9x74.99x8.5mm. The weight of the phone is 185 grams.