HTC U11 Android 8.0 Oreo Update Now Rolling Out in India 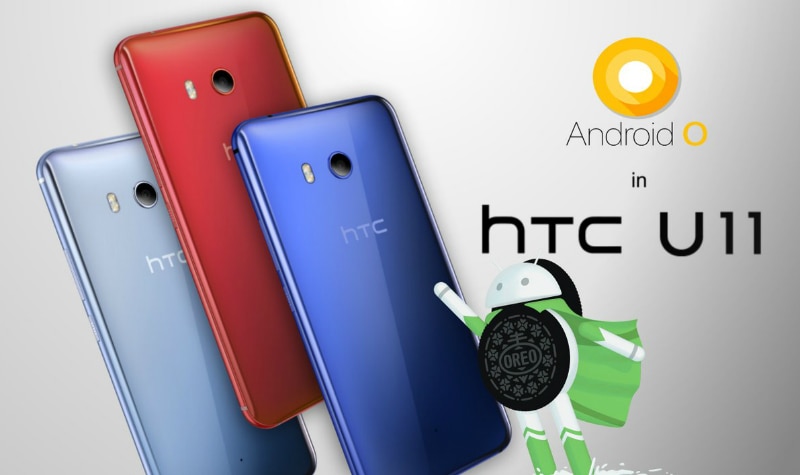 HTC India on Tuesday announced that the Android Oreo software update for the HTC U11 is now rolling out for users. Some users reporting having received the update, which has an approximate file size of 1.48GB. Software update v3.16.708.3 brings with it availability of Android 8.0 Oreo and other system enhancements to the HTC U11 flagship smartphone.

As we mentioned, HTC India took to Twitter to officially announce rollout of the Android 8.0 Oreo stable build for HTC U11. "HTC U11 Oreo Update is live. Start updating now.. #HTCU11 #Oreoupdate" said the tweet. One Twitter user has supposedly received the update that is available in the form of an OTA download. While there is not much detail in the update changelog, it does mention additions like important enhancements, bug fixes, and system enhancements.

The software update will bring numerous core Android Oreo features including Picture-in-picture, Notification dots, Autofill, Autofill among others to the flagship smartphone.

The HTC U11 had previously started receiving the Android 8.0 Oreo update in Taiwan in November 2017. Earlier on Tuesday, HMD Global announced the rollout of Android 8.0 Oreo on the Nokia 5 and Nokia 6.

In the camera department, the HTC U11 features a 12-megapixel rear sensor with OIS, f/1.7 aperture, dual-LED flash, and 4K video recording. On the front is a 16-megapixel sensor with features like Face Detection, Pro Mode with manual control, and RAW format support.