HTC to make cheaper smartphones to return to profit 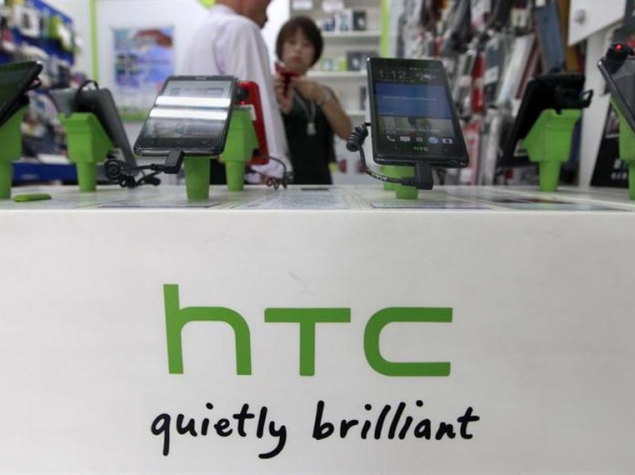 Smarting from growing losses, Taiwanese phone maker HTC Corp says it will expand its range of cheaper products as it fixes off-target marketing for its premium smartphones.

The company that has long prided itself as a purveyor of upscale, feature-loaded products says it needs to sell more mid-tier and affordable smartphones after losing out in 2013. Muscled off-track by fast-growing Chinese rivals like Xiaomi Inc as well as giants like Samsung Electronics Co and Apple Inc, HTC is seeking to reverse a two-year sales slump matched by an 80 percent drop in its share price.

"The problem with us last year was we only concentrated on our flagship. We missed a huge chunk of the mid-tier market," said co-founder and Chairwoman Cher Wang, speaking to Reuters in New York last week alongside Chialin Chang, HTC's Chief Financial Officer.

Speaking ahead of an HTC earnings guidance presentation expected later on Monday, Chang said HTC will sell products in the $150 to $300 retail price range for both emerging and developed markets, along with high-end phones which can sell for over $600. HTC won't get into the "very, very low-end market", Chang said, but will soon unveil a new flagship phone.

"The two cylinders are going to be fired together," Chang said.

The new strategy marks a need to address problems at a company, 3.8 percent-owned by Wang herself, that just over two years ago supplied one in every 10 smartphones sold around the world. In 2013 its global market share had fallen to just 2 percent, according to Strategy Analytics analyst Neil Mawston, and HTC last month reported its second straight quarter of operating losses.

HTC will need to move quickly in order to convince sceptical shareholders. "Only time will tell, but I'm not optimistic," said Laura Chen, a Taipei-based analyst at BNP Paribas.

Chen believes the company's fundamental problem is unattractive, underwhelming products and that this will continue to hold it back in 2014. "They don't offer anything really new to the market," said Chen, who has a 'sell' rating on HTC shares.

Marketing miss
Wang aims to boost smartphone sales this year by improving its marketing, something she said her company "didn't do well" in 2013. While the flagship HTC One phone it launched last year attracted rave reviews, these didn't translate to strong sales: HTC needs a "very aggressive campaign" to broaden its market beyond tech-savvy 20 to 30-year-olds, the executives said.

Last year HTC hired Hollywood actor Robert Downey Jr for a series of TV ads to promote its brand in a campaign labelled "Here's to Change".

The executives said that higher volumes of cheaper phones should make up for the difference in price with its higher-end phones. "Overall profitability is going to grow," said Wang.

Along with an improvement in the mid-tier HTC is also hoping for incremental growth in the high-end phone market this year. The executives said invitations will be sent out in about two weeks for an event where it will announce the successor to the HTC One flagship phone.

More affordable phones should fill a gap in HTC's range. Of the 53 phones for sale on HTC's China website, only two models cost less than $150 - the highest-growth price bracket in China, according to research firm IDC. Twenty-one are over $500.

"I used to have an HTC, but their prices have gotten too high," said 30-year-old Beijing resident Liang Lihuan. The bank worker said she recently switched to a phone made by South Korea's LG Electronics Inc. "The price is simply more reasonable."

With growth in China shifting to cheaper models, posing problems for heavyweight Apple despite a much-hyped deal with China Mobile, local smartphone maker Huawei Technologies Co Ltd lists eight models under the magic $150 threshold. Xiaomi, whose phones sell for between $130 and $410, said it plans to double its sales this year compared to 2013.

"I think will be forced to migrate into the mid-tier," said Richard Ko, an analyst at Taipei-based KGI Securities. "Those products are low-price and high-spec, which is a trend for this year," said Ko, who has a 'sell' rating on HTC shares.

While HTC recalibrates, Wang said the company wouldn't return to its roots as a contract manufacturer supplying phones for others.

"We're not even considering that,"she said: The only manufacturing partnerships HTC will consider are ones where its brand features on the phone alongside that of a partner such as a mobile carrier.