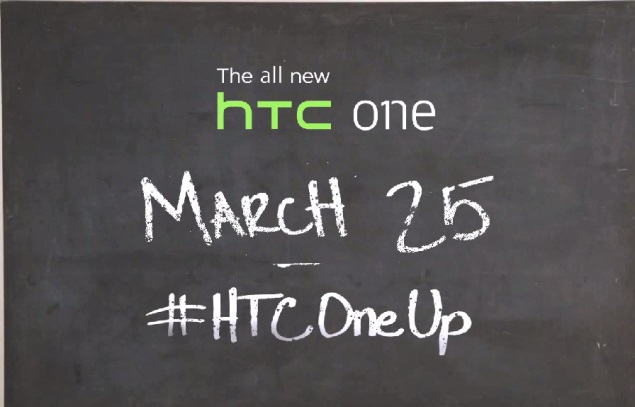 HTC has already announced that it would be holding events in London and New York on 25 March 2014 to reveal the much-anticipated HTC One successor.

Now, the Taiwanese manufacturer has steadily started teasing its yet-to-be-announced HTC One sequel on social platforms. HTC has shared a teaser video named "HTC Technical Translations #1: BoomSound", which details the BoomSound feature in company's next flagship smartphone in a funny way.

It's clear from the name that the new HTC teaser video (episode #1) is the first part of a series of videos which will be shared by HTC in coming weeks teasing features of the HTC One successor, as it gears up towards the launch.

In the teaser video, HTC's sound engineer attempts to detail the company's BoomSound feature, which debuted on the One last year in a very technical manner. However, another person is seen trying to interpret the sound engineer's technical details into plain English, which, of course, makes more sense.

The tweet by HTC reads, "How do you "One Up" the competition? Easy...start with #BoomSound, then stir in some serious teasers" and is also accompanied by a HTC One Up (#HTCOneUp) in hash tag.

It is all but certain that the Taiwanese firm's much-anticipated successor to the HTC One, the device also referred previously as HTC M8, HTC One 2, HTC One+, HTC Two, and HTC One 2014, will be released at the March 25 event.

Previous leaks suggest that the phone might feature a 5-inch full-HD display, a quad-core Qualcomm Snapdragon 800 MSM8974 processor coupled with 2GB of RAM, and Sense 6.0 UI on top of Android 4.4 KitKat. A 2.1-megapixel front camera is also speculated. Unfortunately, there is no word on other innards on the One's successor.

HTC at the MWC 2014 announced the Desire 816 mid-range handset, alongside the Desire 610, without revealing the pricing and availability details of both the smartphones.