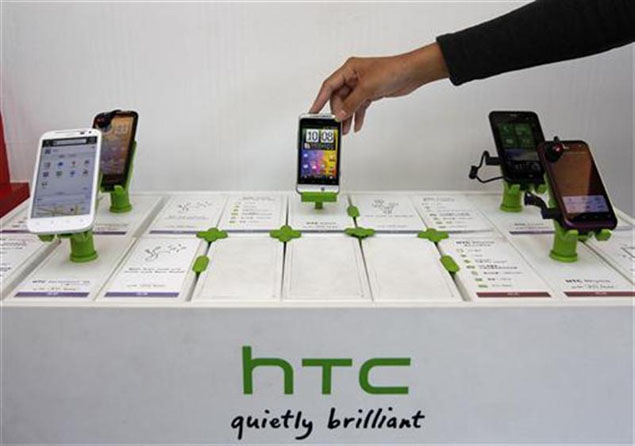 Shares in Taiwan's leading smartphone maker HTC surged by its daily 7.0 percent limit Monday after it announced it had reached global patent settlement with US technology giant Apple.

HTC climbed to Tw$241.5 ($8.33) as dealers welcomed the weekend deal with the iPhone maker, bringing an end to all outstanding litigation between the two companies.

Analysts said the launch of HTC's first cellphone with a 5.0-inch screen -- scheduled for Tuesday in the United States -- would add to buying sentiment.

Sunday's 10-year licensing agreement comes at an important time for HTC as it is hit by competition from Apple and South Korea's Samsung.

Technology giants have taken to routinely pounding one another with patent lawsuits. Apple had accused HTC and other smartphone makers that use Google's Android mobile operating system of infringing on its patents.

HTC last month said net profit in the July-September quarter tumbled 79.1 percent from a year ago to Tw$3.9 billion ($133.1 million).

Revenues totalled Tw$70.2 billion, the lower side of the Tw$70 billion-Tw$80 billion range it had previously forecast and down 48 percent from the same period last year.
Comments