HTC Sense 7.0 to Be Released for Other 2014 Smartphones This Year 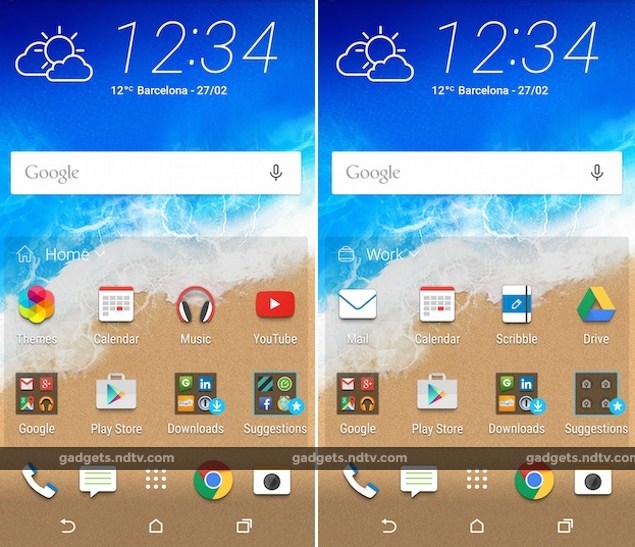 HTC, along with the launch of the HTC One M9 at its pre-MWC 2015 event, has also announced it will be rolling out the latest Sense 7.0 UI to all its 2014 handsets later this year. At the time, the Sense 7.0 is only HTC One M9 - specific for now.

HTC Sense 7.0 is the latest UI offering by the Taiwanese firm, which as the mentioned at the time of One M9 launch, adapts to user's behaviour. The new UI features something called 'Morning Bundles' that bring the top news and your personal agenda of the day when you use the phone for the first time in the morning. Another type of bundle is Restaurant Bundle that shows up on your lock screen around meal times with suggestions on nearby restaurants you may like. These suggestions are powered by data from Foursquare, Yelp, and other sources popular in different markets.

(Also See: HTC One M9 First Impressions: Do the Evolution)

A smart launcher widget is also included in the new Sense UI. The widget shows apps based on your location and usage patterns. You can have three different profiles - Going Out, Work, and Home, each showing up to eight apps or folders, and your phone will automatically switch profiles based on your location. The choice of apps that show up will improve as you use the phone, and you can manually pin an app to a spot by keeping its icon pressed.

Pinned apps show across all profiles, so if there's something you use everywhere, like your browser, it would be a good idea to keep it pinned. Similarly, if you don't like any of the suggestions, you can remove the app from that particular profile. These are some of the features in the HTC Sense 7.0, more of which are mentioned in our first impressions of the HTC One M9.