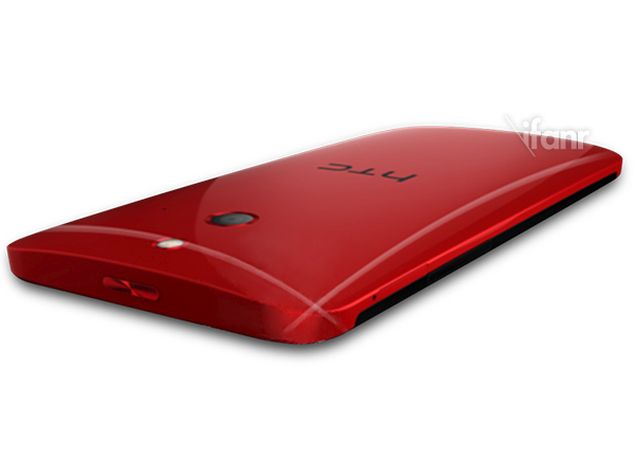 First spotted back in April, the HTC M8 Ace handset is one of the rumoured variants of the recently launched HTC One (M8) flagship. The smartphone has now popped-up in another leaked image. In the meanwhile, HTC also on its Twitter account sent out a teaser hinting at beautiful curves ahead.

The leaked image of the alleged HTC M8 Ace shows the smartphone in Red, and a curved back panel made of polycarbonate. The device looks more like a bigger version of Moto X smartphone. A rumoured variant of the HTC One (M8) (Review | Pictures) smartphone, the HTC M8 Ace handset also seems to be missing the iconic duo camera feature.

HTC however has not mentioned anything about the curvy smartphone, but might just have hinted at M8 Ace, with a tweet on Tuesday stating "More beautiful curves coming soon," along with an image which quotes Edward George Bulwer-Lytton - 'In life, as in art, the beautiful moves in curves'.

The leaked HTC M8 Ace image, courtesy a Chinese website (via Phonearena), also shows the smartphone to include a power button at the top-centre, something not seen in the HTC One (M8).

HTC is also expected to launch its HTC One (M8) Prime handset soon, specifications of which were leaked on Monday. The smartphone is said to be built by a composite of aluminium and liquid silicone. The smartphone is also said to be waterproof, include a high speed Cat. 6 LTE radio, and a quad-core Snapdragon 805 SoC clocked at 2.5GHz. It has been also noted that the smartphone might also come with 5.5-inch QHD resolution screen and 3GB of RAM.