HTC One X10 Leaked in Alleged Live Images; Price Expected to Be CNY 2,000 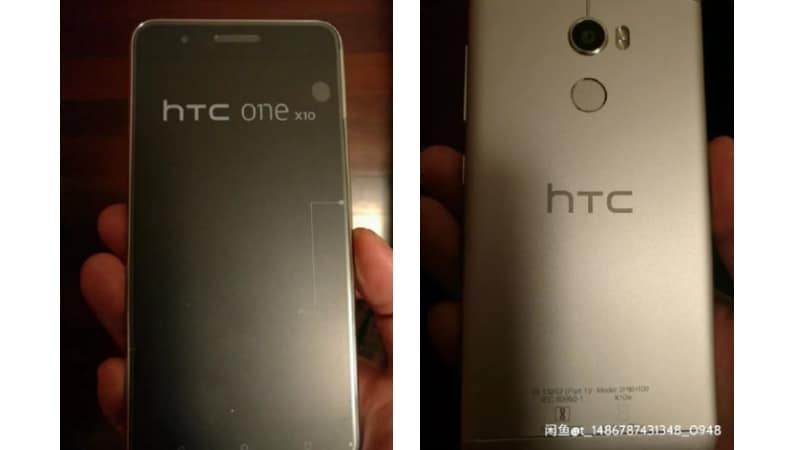 The HTC One X10 (aka HTC X10) smartphone, expected to be an affordable offering from the company, has been leaked once again as alleged live images of the device have surfaced online. Notably, the newly-leaked HTC One X10 images are in line with the images shared by prolific tipster Evan Blass last month and suggest that the smartphone will have a fingerprint scanner located right below the camera panel at the back.

The new alleged live images of HTC One X10, spotted on Weibo by Android Police, show an up-close look at the device with a sticker revealing its moniker.

Even though the smartphone was earlier expected to be launched by the company last month, HTC ended up launching just its HTC U Ultra and HTC U Play smartphones in January. However, Blass has suggested that the company is set to launch three smartphones in first quarter of 2017.

The successor to last year's HTC One X9, the One X10 has been tipped to pack some of the similar features to its predecessor but a downgrade in terms of processor. The smartphone is expected to cost around CNY 2,000 (roughly Rs. 19,500).

As per HTC One X10 leaks last month, the budget-end smartphone is expected to sport a 5.5-inch full-HD (1080x1920) display. The upcoming HTC smartphone has been tipped to be powered by MediaTek Helio P10 processor clocked at 1.9GHz and coupled with 3GB of RAM. The phone is expected to come with 32GB of inbuilt storage. The HTC X10 is said to have a 16-megapixel rear camera with OIS and a 7.9-megapixel camera at front.

Compared with the Helio P10 processor, which is expected to power the HTC One X10, the HTC One X9 (its predecessor) packs a more capable Helio X10 processor clocked at 2.2GHz.

In November last year, the HTC One X10 was reportedly certified in Russia along with six other smartphones from the company. As these are leaks, we will have to wait for official announcement by the company for the confirmation of the smartphone's specifications as well as existence.