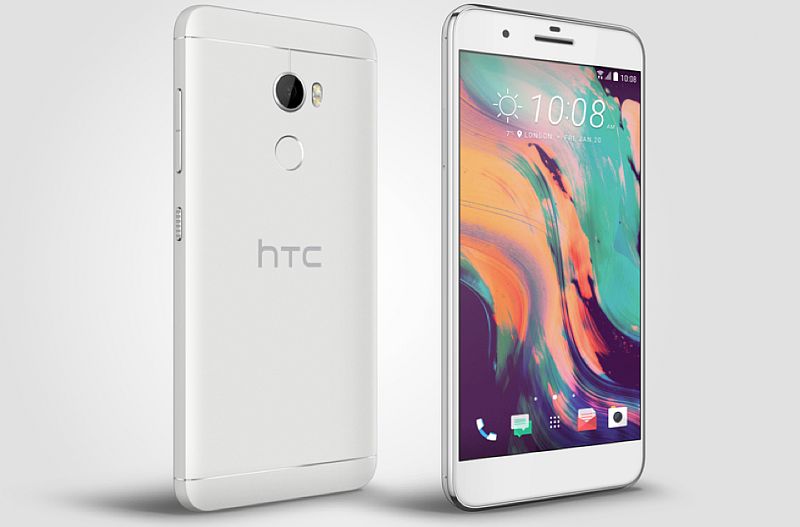 HTC has finally unveiled the successor to its One X9, the One X10 smartphone, in Russia. It had been part of several leaks in recent few weeks. The all-new HTC One X10 has been launched in Russia, and comes at an equivalent price of $355 (roughly Rs. 23,000). It will be going on sale in Black and Silver colours this month. Unfortunately, there's no word as of now on the availability of the HTC One X10 outside Russia.

The HTC One X10 features a 5.5-inch full-HD (1080x1920 pixels) Super LCD display with a pixel density of 401ppi, and also sports Corning Gorilla Glass for protection. It runs Android with HTC Sense on top and is powered by an octa-core MediaTek P10 processor.

It comes with 3GB of RAM and 32GB inbuilt storage while supports expandable storage via microSD card (up to 2TB). The HTC One X10 supports dual Nano-SIMs and both the SIM cards will support 4G.

The HTC One X10 packs a 4000mAh battery which the company claims can deliver up to 26 hours of talk time, and up to 31 days in standby time on 3G network. The handset also supports fast-charging. The smartphone also sports HTC BoomSound feature for enhanced audio experience.