HTC One X+ update rolling out in India; brings Android 4.2.2 and BlinkFeed 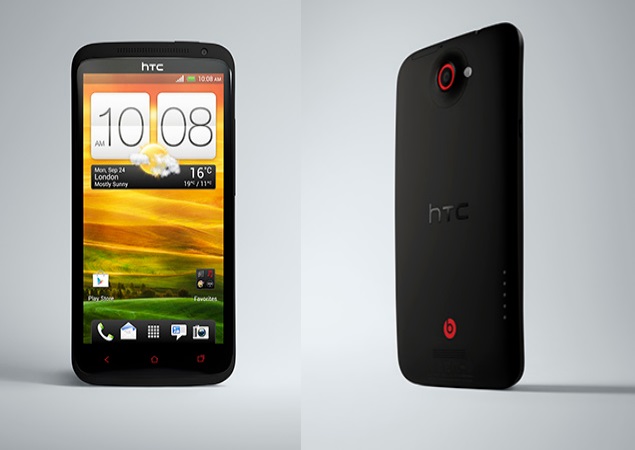 The Android 4.2.2 and HTC Sense 5.0 UI update for HTC One X+ will add some new goodies, like a new gallery, new camera apps, automatic video highlights, and improved battery endurance. The company has not revealed a precise changelog for the update, yet.

However, the update notification on the HTC One X+ reveals enhancements and bug fixes that include HTC BlinkFeed integration (first seen on the HTC One), improved battery endurance with new sleep mode switch, Quick settings panel (which can be accessed by a two-finger swipe down), some camera improvements (like a long tap on the camera UI screen that will now lock exposure and focus), and the video highlights feature (which allows users to opt from 12 kinds of music theme styles and easily make a quick 30 seconds video). 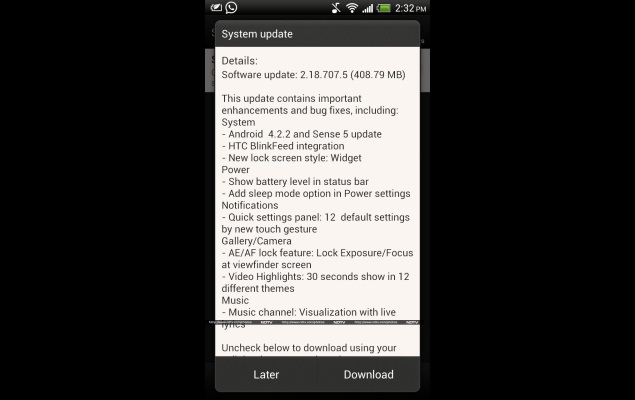 HTC seems to have been rolling out regular updates for its top of the line smartphones. An Android 4.3 Jelly Bean update for the HTC's flagship smartphone was also reportedly available over the air (OTA) for selective regions.