HTC One X and One X+ receive India price cuts 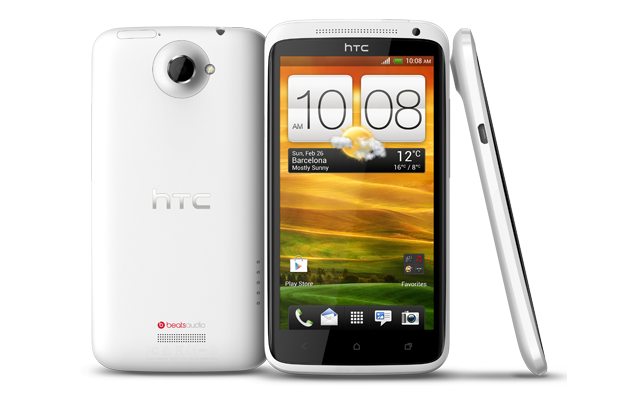 Smartphone maker HTC has slashed the prices of its One X and One X+ smartphones in India.

HTC had originally showcased its HTC One X smartphone at Mobile World Congress last year. The smartphone started retailing in India from March 2012. HTC One X features a 4.7-inch (720p) display, and is powered by 1.5GHz quad-core NVIDIA Tegra 3 processor.

It comes with an 8-megapixel camera at the rear with support for 1080p video recording and a 1.3-megapixel front facing shooter capable of recording 720p HD videos. The smartphone packs in 1850mAh battery. The smartphone was launched with Android 4.0 (Ice Cream Sandwich) on board but it later got an update to Android 4.1 (Jelly Bean).

HTC One X+ is the successor of HTC One X. It was launched in India for a best buy price of Rs. 40,190. It sports a 1.7GHz quad-core NVIDIA Tegra 3 AP37 processor, 64GB of internal storage and a 4.7-inch display. It has a 2,100mAh battery, which according to HTC, offers 37 percent more talk time compared to its predecessor. There is an 8-megapixel rear camera on board and 1.6-megapixel front camera.

HTC One X+ offers Android 4.1 (Jelly Bean) along with HTC's own Sense 4+ UI on top. Also bundled is Beats Audio with new Tap and Go function, which allows you to connect the phone and your music to Beats speakers' when you tap them. The HTC One X+ is available in two colour options - Stealth Black and Polar White.

The price cut in both these smartphones comes shortly after HTC has announced its new flagship smartphone HTC One in India. The smartphone has been priced at Rs. 42,900 and will be available from end of April.

HTC One (Review | Pictures) features a 4.7-inch screen with 1080p display. It is powered by a 1.7GHz quad-core Qualcomm Snapdragon 600 processor along with 2GB of RAM. Connectivity options include Wi-Fi 802.11 a/ac/b/g/n, Bluetooth 4.0, GPS, NFC, Infrared and Micro-USB. The smartphone runs on Android 4.1 (Jelly Bean) along with a brand new Sense UI.

HTC One comes with UltraPixel camera at the back and a 2.1-megapixel front camera. There is a a 2,300mAh battery on-board.