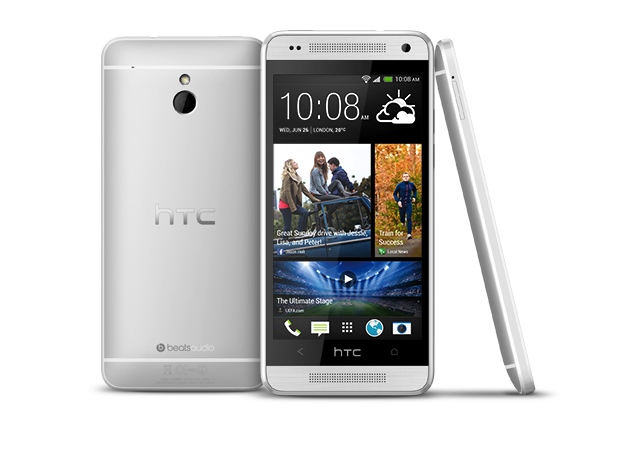 HTC has announced the HTC One mini, a compact version of its flagship smartphone, the HTC One.

The HTC One mini features the same design as that of its elder sibling, the HTC One. However, the phone's front and sides sport polycarbonate/ plastic, while its back is made of aluminium, unlike the HTC One which is made entirely from aluminium barring the glass display and some inserts.

The phone is powered by a 1.4 GHz dual core Qualcomm Snapdragon 400 processor and has 1GB of RAM. It comes with 16GB of internal storage but doesn't feature any external expansion options.

The smartphone runs Android 4.2 with HTC's Sense 5 UI layer on top, and includes HTC BlinkFeed, that delivers social updates, news updates and photos directly to the home screen of the phone.

The HTC One mini sports the same UltraPixel Camera (with a 4-megapixel lens) that the HTC One boasts of. It also features HTC Zoe and Video Highlights imaging features. The phone offers a 1.6-megapixel front facing camera for video calls and self clicks. It's powered by an 1800mAh non-removable battery.

The HTC One mini will be available in Glacial Silver and Stealth Black colours, in select markets from August, with a global rolled out starting September. There's no information in the pricing or availability of the device in the Indian market.