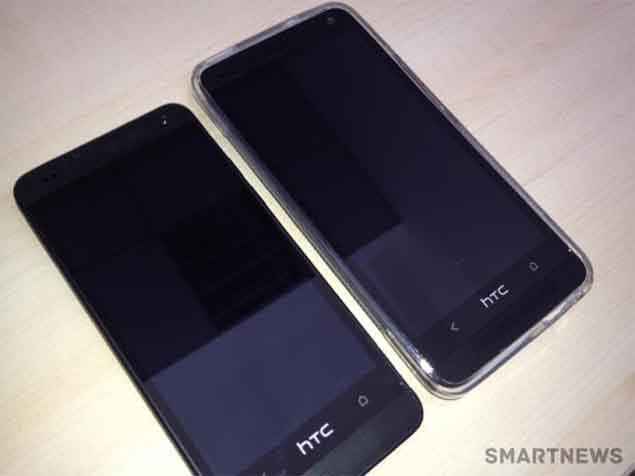 HTC is said to be working on a stripped-down version of the HTC One. This smartphone, called HTC M4 or HTC One mini, has been spotted in various leaks over the past few months.

Bulgarian technology news site Smart News has posted fresh images of the said smartphone. Furthermore, the website claims that the HTC One mini will come with 4.3-inch display, 2 GB of RAM and 16GB of internal storage.

It also mentions that the HTC One mini will offer Android 4.2.2 (Jelly Bean) out of the box. Folks at Smart News claim that they got to spend some time with the device and that it seems fast and takes good quality pictures, much like its older sibling.

The website also says that the pixel density of the HTC One mini will be 342 ppi, which means it will be sporting 720X1280 pixel resolution.

Past rumours have indicated that the HTC One mini will include 1,700mAh battery, Beats Audio and LTE connectivity as well.

A report by DigiTimes suggests that the HTC One mini is likely to debut in the third quarter of 2013. In the past too there have been rumours suggesting that this smartphone will see the light of the day by August 2013.