HTC One mini sales can resume in UK; Nokia complains 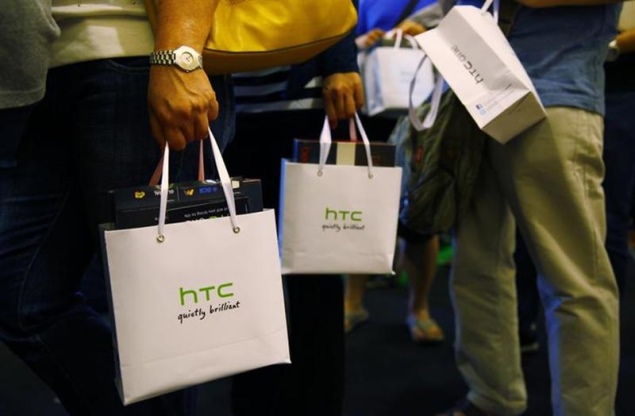 Taiwan smartphone maker HTC Corp said it would be able to sell its One Mini smartphone in Britain after the Court of Appeal temporarily suspended an earlier ruling banning sales of the phone due to a patent infringement.

The company was told earlier in December that it would have to stop selling the One Mini smartphone in Britain after a court said the product infringed some patents owned by Finnish rival Nokia.

HTC will be allowed to continue to sell the product pending a full appeal hearing next year.

"It is unfortunate that the stay means that HTC can continue to benefit from its unauthorised and uncompensated use of Nokia innovations," Nokia said on Thursday.

HTC said it would immediately resume shipment of its devices to Britain, adding that it would continue to appeal the ruling but in the meantime would try to find alternative technology for the smartphone to limit any disruption on its future business. Europe accounts for around 20 percent of the HTC's overall sales.

Analysts said at the time of the ban that it would have limited impact on HTC's sales as the One Mini is not its flagship model.

The HTC One mini was unveiled back in July; the device features the same design as that of its elder sibling, the HTC One. It also features the same BoomSound speakers, though they're smaller compared to the ones featured in the HTC One. The HTC One mini sports a 4.3-inch S-LCD3 display with a resolution of 720x1280 pixels and pixel density of 341ppi. It is powered by a 1.4GHz dual-core Qualcomm Snapdragon 400 processor and has 1GB of RAM.

HTC One mini comes with 16GB of inbuilt storage but doesn't feature any external expansion options. The smartphone runs Android 4.2 Jelly Bean with HTC's Sense 5 UI layer on top, and includes HTC's BlinkFeed UI. The HTC One mini sports the same UltraPixel Camera (with a 4-megapixel lens) that the HTC One boasts of.

With inputs from Reuters