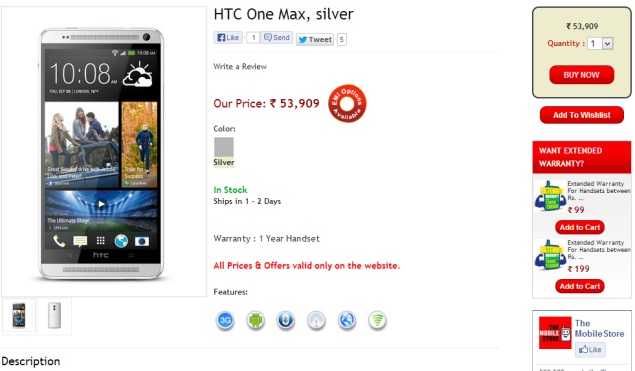 HTC's much-anticipated One Max phablet is available online in India ahead of its official November 22 unveiling. The HTC One Max is available at The Mobile Store at Rs, 53,909. The online listing notes that the phablet would be shipped within 1-2 days.

The HTC One Max's online listing was first spotted by Gizbot. Strangely enough, The Mobile Store's HTC One Max listing includes the description of Nexus 5 smartphone.

The Taiwanese manufacturer unveiled the One Max phablet in October this year. It runs Android 4.3 Jelly Bean out-of-the-box with HTC's Sense 5.5 UI on top. The phablet comes with a 5.9-inch full-HD LCD display. Other specifications of the HTC One Max include a 1.7GHz quad-core Qualcomm Snapdragon 600 processor, 2GB of RAM, and 16GB/ 32GB inbuilt storage variants with support for up to 64GB of additional external storage via microSD card. The device features HTC's UltraPixel rear camera, while there is a 2.1-megapixel front-facing camera. It also features HTC Zoe and HTC BoomSound, first seen on the HTC One. 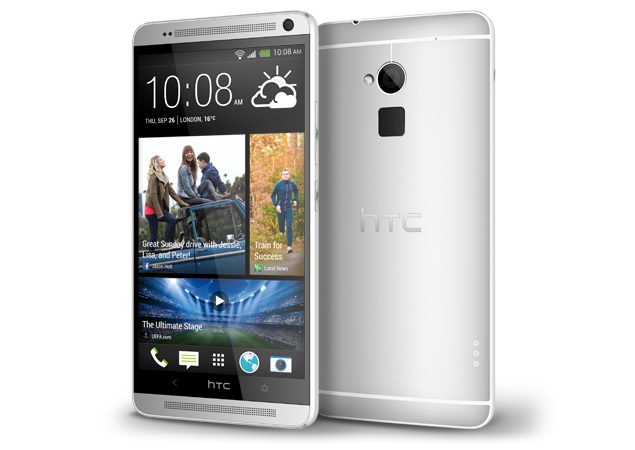 Connectivity features on the HTC One Max include Wi-Fi, Bluetooth, NFC, DLNA and HTC Connect. The device also packs a 3300mAh battery which can give up to 25 hours of talktime and 585 hours of standby time for 3G networks. It measures 164.5x82.5x10.29mm and weighs 217 grams.

Reliance Jio should be given only 10 lakh numbers per circle: COAI
Nokia to hand over its Finland headquarters to Microsoft as part of deal