HTC One Max now available in Red variant in Taiwan 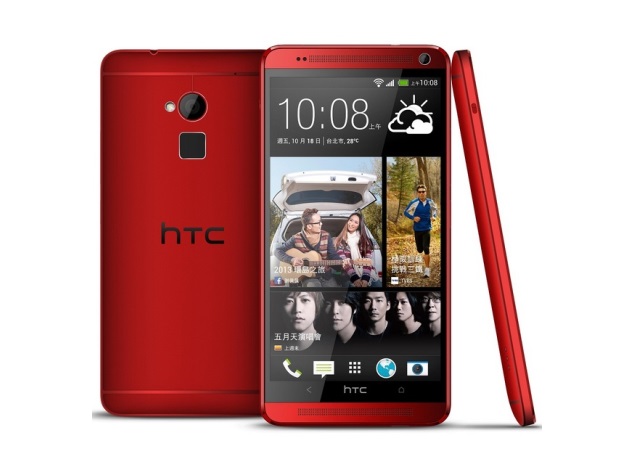 HTC One Max is now available in a new colour variant in Taiwan. As of now, there is no word on the global availability of the HTC One Max phablet outside Taiwan.

A report in Engadget (China) notes that company's phablet is now available in Red colour option for prospective buyers in Taiwan.

HTC had announced a Black variant of the One Max phablet in Hong Kong earlier this month. With the release of Black and Red colour variants of the HTC One Max, the phablet now comes in three colour options that include Silver as the third option.

In India, currently only the Silver variant of the One Max is available, since it was launched in November for the Indian market at Rs. 56,490.

The Taiwanese manufacturer unveiled the One Max phablet in October this year. It runs Android 4.3 Jelly Bean out-of-the-box with HTC's Sense 5.5 UI on top. The phablet comes with a 5.9-inch full-HD LCD display.

The HTC One Max is powered by a 1.7GHz quad-core Qualcomm Snapdragon 600 processor, coupled with 2GB of RAM. It comes with 16GB inbuilt storage with support for up to 64GB of additional external storage via microSD card. The device features HTC's UltraPixel rear camera, while there is also a 2.1-megapixel front-facing camera onboard. It also has HTC Zoe and HTC BoomSound features, first seen on the HTC One.