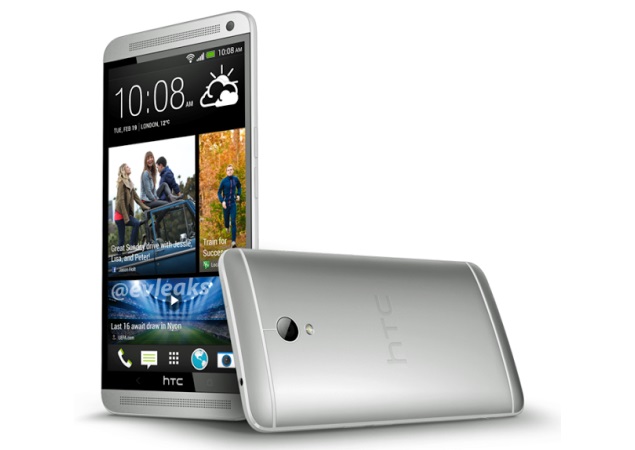 A new set of specifications of what is allegedly HTC's upcoming One Max phablet has surfaced online.

According to a report in the Chinese media, the device is likely to run on Android 4.3 Jelly Bean with HTC's Sense 5.5 UI on top. Other specifications leaked include the TD-LTE connectivity, 5.9-inch full-HD display with 1080x1920 pixels resolution, 2.3GHz quad-core Snapdragon processor with 2GB of RAM and Wi-Fi. The site also reveals that the alleged HTC One Max will sport a 2.1-megapixel front-facing camera and the UltraPixel camera on the back, which was introduced on the HTC One.

However, the report does not mention the fingerprint scanner, which was claimed to be on the rear panel in earlier reports. The Chinese site also claims that HTC's phablet may be showcased next month at the earliest, hinting at a possible launch at IFA in Berlin.

Earlier, leaked specifications of the alleged HTC One Max mentioned 16GB of internal storage and a 3300mAh battery. The Taiwanese major is also expected to equip the phablet with a stylus.

Previously, renders of the HTC One Max (T6) appeared online, courtesy the notorious @evleaks. While the image was claimed to be the non final artwork of the HTC T6, it did give a good idea of what to expect from the upcoming phablet from HTC.

With the launch of the HTC One Max, the Taiwanese handset maker will join the phablet race with Samsung and Sony which already offer the Galaxy Mega 6.3 featuring a 6.3-inch display and Xperia Z Ultra sporting a 6.4-inch display.