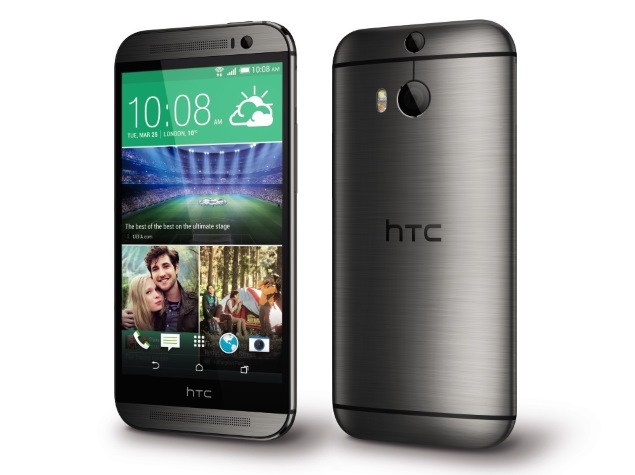 Alongside the start of the rollout of the firm's new flagship, the One M9, HTC has unveiled a refreshed version of the last year's flagship One (M8) dubbed the HTC One M8s. Priced at GBP 379.99 (approximately Rs. 35,000), the unlocked HTC One M8s will be available in early April in Europe. Details of global pricing or availability are not known yet.

HTC has retained the all-metal curved body in One M8s and few other internals too. The device runs Android 5.0 Lollipop with the HTC Sense 6 skin out-of-the-box.

The 4-UltraPixel duo camera setup has been replaced with a 13-megapixel duo camera. The front 5-megapixel camera is the same as the one the One (M8). Upfront, the device still has a 5-inch full-HD (1080x1920 pixels) display with Corning Gorilla Glass 3 protection.

The battery on the HTC One M8s has been bumped up to 2840mAh, which is up from 2600mAh on the One (M8). Connectivity options on the handset include 4G LTE, GPS/ A-GPS, Wi-Fi, Bluetooth 4.1, and NFC. The One M8s will be available in Glacial Silver, Gunmetal Gray, and Amber Gold colour options.