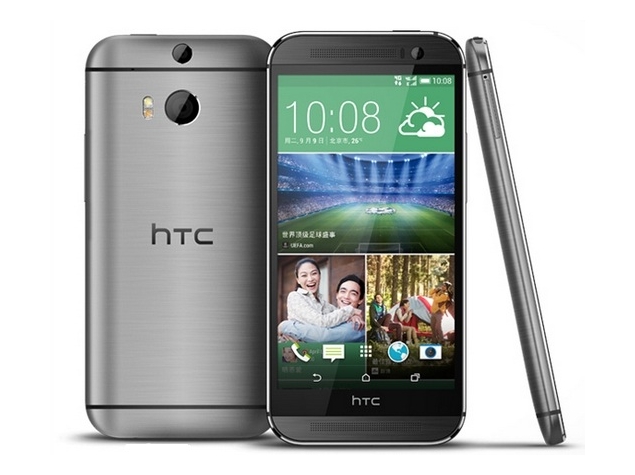 HTC One (M8 Eye) smartphone, which got listed in China last week, has now been launched in India. The HTC One (M8 Eye) will be available from Saturday carrying a price tag of Rs. 38,990.

Apart from the HTC One (M8 Eye), the Taiwanese smartphone manufacturer also launched the octa-core Desire 820 and quad-core Desire 820q smartphones in India. The company also announced the Desire Eye selfie-focused smartphone in the country, besides the budget Desire 516C smartphone.

The HTC One (M8 Eye) also comes pre-loaded with the newly-introduced HTC Eye Experience suite of imaging software and camera-centric apps, first unveiled by HTC alongside the Desire Eye.

The HTC One (M8 Eye) runs Android 4.4 KitKat with the company's latest Sense 6.0 UI on top. The phone is powered by a 2.5GHz quad-core Qualcomm Snapdragon 801 processor, alongside 2GB of RAM. HTC One (M8 eye Eye) comes with a 5-inch full-HD display and houses a 5-megapixel front-facing camera. The handset is available with 16GB of inbuilt storage, which can be expanded via a microSD card (up to 128GB).

"Today I'm proud to announce the new HTC One (M8 Eye) - the most stunning, intuitive and advanced handset from HTC. Designed with specific markets in mind, this top of the range smartphone delivers lightning fast network data, blazing speeds and a brand new 13 megapixel Duo Camera that will bring you the best all round smartphone experience," stated Chia-lin Chang, Global President of Sales and Chief Financial Officer, HTC Corporation in a press statement.

The Taiwanese smartphone maker also launched its HTC RE action camera at an introductory price of Rs. 9,990. The device will be exclusively available via e-commerce site Snapdeal starting the first week of November.