HTC One (M8) Dual-SIM Variant Gets Certified in Russia: Report 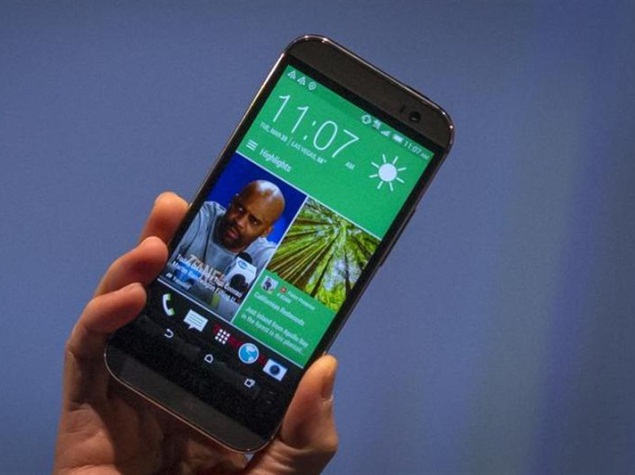 Taiwanese smartphone manufacturer HTC seems to be set to release the dual-SIM version of its latest flagship - the HTC One (M8) - in Russia, as the device is said to have been spotted going through the Russian Federal Communication Agency, ROSCOM - the Russian equivalent of the FCC.

There is no word on when the dual-SIM HTC One (M8) will be launched in Russia, but seems probable it will be soon as the device has been reportedly certified by ROSCOM. There is no news if the variant will come to other countries - but keeping the earlier track record of HTC in mind, the variant should go global as it went with HTC One (M7) dual-SIM.

Tech blog mobiltelefon.ru, spotted the listing of the dual-SIM HTC One (M8) on Russian Federal Communication Agency website. However the translated listing shows the same specifications details as on the existing device, but it includes a removable 2600mAh battery. We don't know whether it is just the translation error or HTC intends to include a different battery.

Back in April, the VP of HTC Russia, Andrey Kormiltsev, had said a dual-SIM variant of the HTC One (M8) would probably be released, but HTC hadn't yet taken the final decision to produce such a device.

Back in March, the Taiwanese smartphone manufacturer HTC had launched its latest flagship - HTC One (M8) - globally, followed by the launch in India at a MOP (market operating price) of Rs. 49,900.

The HTC One (M8) runs Android 4.4.2 KitKat with the company's brand new Sense 6 UI on top. It features a 5-inch full-HD display powered by a 2.5GHz quad-core Qualcomm Snapdragon 801 processor, alongside 2GB of RAM.