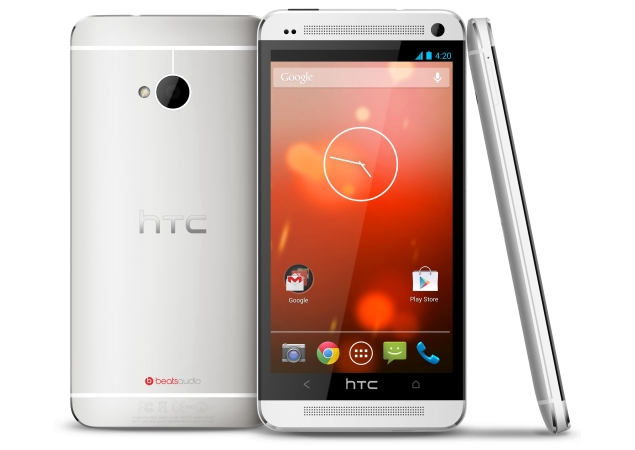 HTC recently announced the launch of Google Play edition of its flagship model HTC One. Now, the handset has been spotted in logs of Bluetooth SIG (Bluetooth Special Interest Group) running the latest operating system, Android 4.3.

The Bluetooth SIG is the body that manages Bluetooth standards in the handsets and gives licenses for the usage of Bluetooth technologies to handset manufacturers.

HTC had announced the Google Play edition of HTC One running 'stock' Android 4.2 instead of Sense 5 UI and other customisations that come in the regular HTC One. Samsung had earlier announced a similar Galaxy S4 minus the customisations and its own TouchWiz UI on top of Android 4.2

Google is yet to announce the roll out of its next generation Android operating system. However, speculation is rife that Google could unveil the next version of Android as well as a possible facelift of the Google Nexus 7 tablet by end of July.

Earlier, HTC rolled out the Android 4.2.2 update for its flagship model, HTC One, for some European countries. With the update, the handset is expected to get new features like the Daydream screensaver, picture frame mode, quick settings toggles and lock screen widgets and is also expected to get a revamped Sense 5, HTC's user interface layer on top of the Android OS. However, there is no confirmation about the update to reach HTC One phones in India.