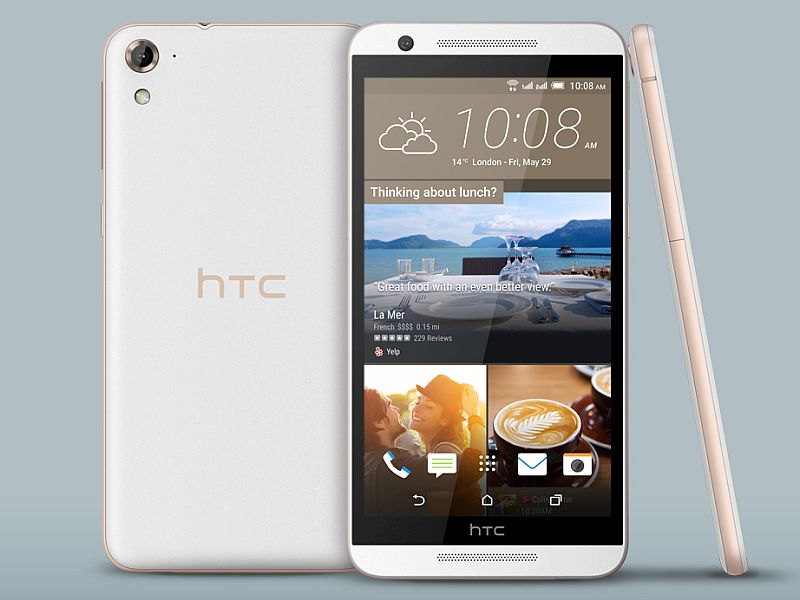 HTC has introduced its new One E9s Dual SIM smartphone, which is now listed on the company's site. The new HTC smartphone is also already available to buy via an Indian e-commerce site at Rs. 21,142. The HTC One E9s Dual SIM can be expected to be launched in the country soon.

It features dual-SIM support with dual Nano-SIM cards and runs Android Lollipop with Sense UI on top. Under the hood, the One E9s Dual SIM is powered by an octa-core MediaTek (MT6752M) processor clocked at 1.5GHz coupled with 2GB of RAM.

The One E9s Dual SIM features a 5.5-inch HD (720x1280 pixels) display offering a pixel density of 267ppi. The handset packs 16GB of inbuilt storage and supports expandable storage via microSD card (up to 2TB). There is a 13-megapixel rear camera with BSI sensor, autofocus, and LED flash on board, apart from a 4-megapixel UltraPixel front-facing camera with BSI sensor. Both front and rear cameras support 1080p video recording.

The smartphone is backed by a 2600mAh battery. It measures 157.7x79.7x7.64mm and weighs 165 grams. It will be available in White Luxury, Meteor Grey, and Roast Chestnut colours. The One E9s Dual SIM is available via eBay India.

Separately, the Taiwanese handset maker had last week confirmed a global launch event on October 20, where it is expected to launch its first smartphone running Android 6.0 Marshmallow out-of-the-box.