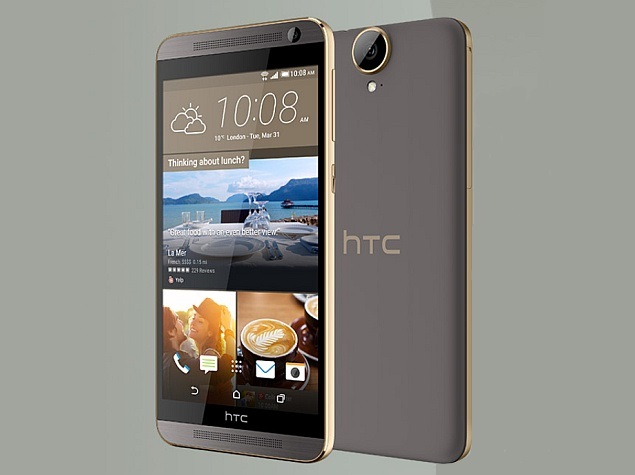 Almost a week after listing the smartphone on its China site, HTC on Wednesday finally announced the One E9+ smartphone officially in China. The company has not yet mentioned any details as to when the handset will reach other regions or India. The price of the smartphone is also a secret for now.

Much like HTC M9+, which was launched on Wednesday, the One E9+ sports a QHD (1440x2560 pixels) resolution IPS LCD display but with a bigger 5.5-inch screen (534ppi). Powered by MediaTek MT6795M 64-bit octa-core processor clocked at 2GHz, the smartphone is equipped with 3GB of RAM. 16GB of inbuilt storage is also included that can be expanded via microSD card (maximum capacity unspecified).

Announced via the company's Weibo account, the HTC One E9+ sports a 20-megapixel f2.2 aperture wide-angle rear camera with LED flash alongside a 4-Ultrapixel front-facing camera, something we saw on the HTC One M9 as well as the HTC One M9+. The Android 5.0 Lollipop handset running Sense 7 UI on top comes with 4G connectivity support and the iconic HTC BoomSound front-facing speakers powered by Dolby Audio.

Backed by a 2,800mAh battery, the HTC One E9+ will be available in three colour combinations, Grey and Silver, White and Gold, and Grey and Gold.

HTC, besides the One E9+, launched its HTC One M9+ at its Beijing event on Wednesday. The larger variant of its existing flagship One M9, the HTC One M9+, features a big home button and a fingerprint sensor that will also support biometric authentication for the AliPay payment system in China. As compared to the One E9+, the One M9+ sports a slightly more powerful processor, better battery, and a smaller screen size of 5.2 inches.