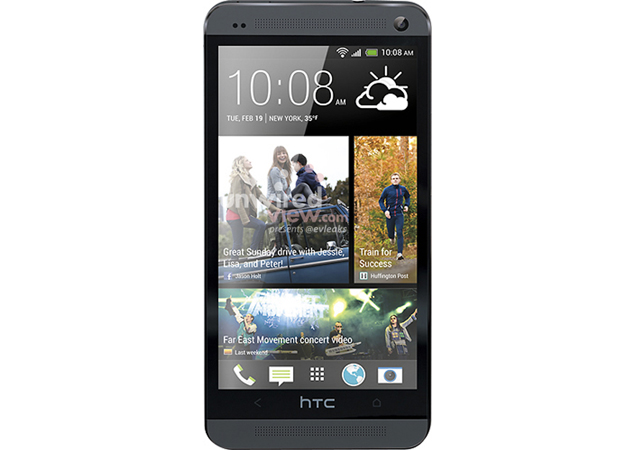 With just a day to go for HTC's simultaneous events in New York and London, a press render of the the company's unofficial HTC One (M7) has been revealed in a Black/Grey variant, courtesy @evleaks.

Unwired View reports that apart from the new colour there is no additional information, except that the location in the widget reads as New York as opposed to London, which was seen earlier in the Silver/White variant of the smartphone.

Twitter user @evleaks also posted another image on the microblogging site, with both the Black and White variants placed next to each other, giving users a better idea of the device's design.

The image reveals the same thin bezel and two capacitive touch buttons, Back and Home, instead of the usual three or even four buttons that are found on typical Android phones, identical speaker grills on the top and bottom with the top also having two noise-cancellation microphones on the left and the front-facing camera on the right with curved corners in an all metal body.

Last week @evleaks tweeted that the "HTC M7 (is) coming to market as simply the HTC One". The device was recently spotted on the banner ads, which clearly read "HTC One" and were placed in the Champions League football match between Celtic of Scotland and Juventus of Italy.

The device is also being teased in a couple of flashes on the company's official website running in the backdrop of a countdown timer ticking towards the event. 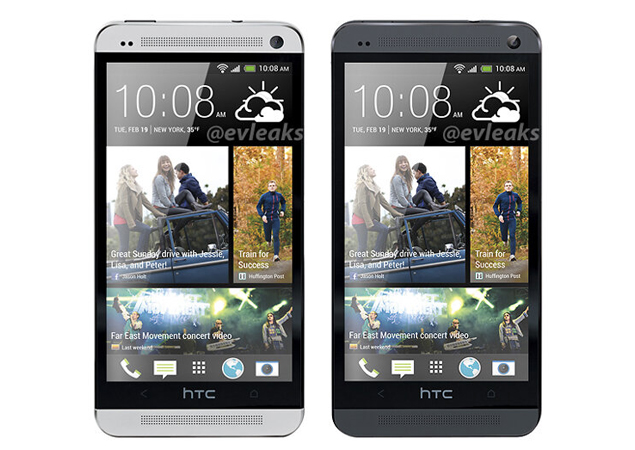 Previous specs rumours suggest that HTC One may come with 4.7-inch full-HD display, making it an incredible 468ppi. Other alleged specs include a 1.7GHz quad-core Snapdragon processor with 2GB of RAM, 32GB of internal storage and a 2-megapixel one in the front. It likely runs on Android 4.2 (Jelly Bean) along with the latest version of Sense 5.0 UI. The smartphone is also expected to come with a 4.3 ultrapixel rear camera.

Murmurs on availability and pricing details suggest that the device will be available in UK from March 8 and make its way to the  United States on March 22, 2013.

Speculations doing the rounds hint at two more smartphones likely to be introduced by the Taiwanese manufacturer. The HTC M4 and G2 devices could either be announced at the said events or may debut at the Mobile World Congress 2013 next week.
Affiliate links may be automatically generated - see our ethics statement for details.
Comments

LG Optimus G Pro with 5.5-inch full-HD display set to go on sale in Korea
Facebook cyber-attack to be probed by FBI