HTC One A9 India Launch Expected at November 25 Event 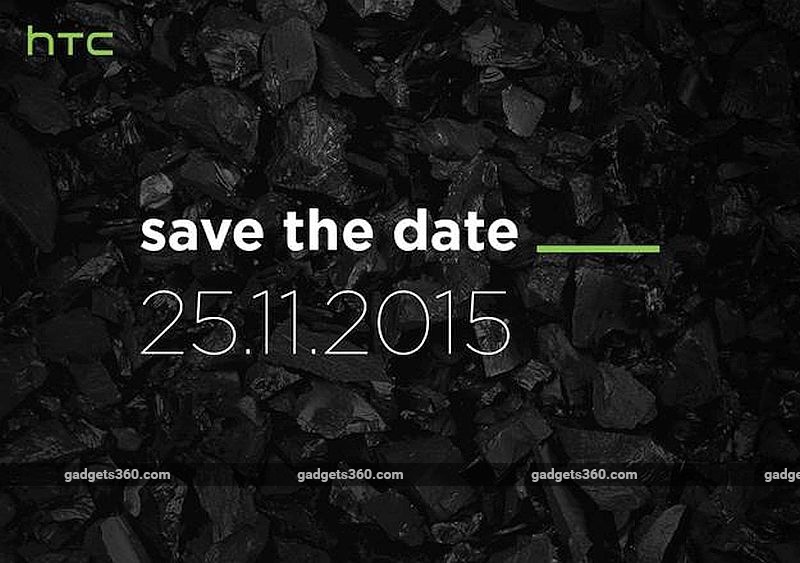 HTC India has started sending press invites for an event on November 25. The Taiwanese company has so far not teased the upcoming smartphone; though it is likely to debut the One A9 in India.

The company can also be expected to unveil the new Desire-range smartphone, the Desire 828 Dual SIM, which went on sale in China earlier this month. Other handsets that could be the star of the HTC India launch event could be the One M9e or One M9s. The HTC One M9e was launched in late October in China, while the One M9s was introduced in Taiwan earlier this week.

The Taiwanese company can be expected to debut the HTC One A9, which is the latest addition to the company's family of One smartphone that looks similar to Apple's iPhone.

The One A9 was priced at $399.99 (approximately Rs. 26,000) for the unlocked version. The company last month clarified that the launch price was only an introductory price. The HTC One A9 now costs $100 more, which is $499.99 (roughly Rs. 32,500) unlocked. We can expect the India pricing of the handset to be around this price range.

HTC's recently launched Desire 828 Dual SIM was priced in China at CNY 1,599 (approximately Rs. 16,500). The company has been touting that the new HTC Desire 828 Dual SIM is its first Desire-range handset that comes packed with OIS (optical image stabilisation).

The Taiwanese company earlier this month launched the Desire 728G Dual SIM in India at Rs. 17,990.

Twitter Services Disrupted in Some Regions
As Telegram Blocks 78 IS-Linked Accounts, New Ones Pop Up