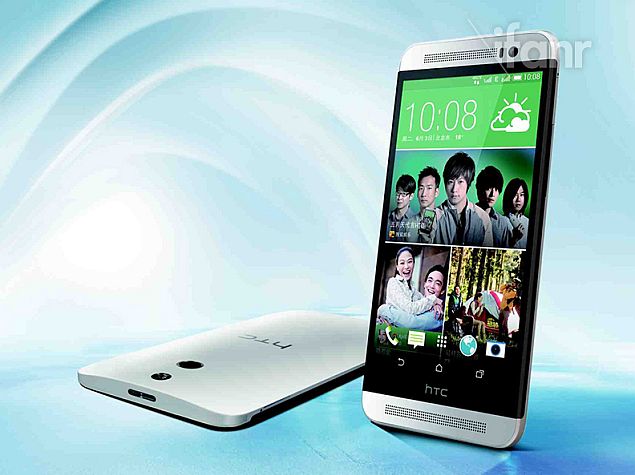 The HTC M8 Ace Vogue, previously tipped as HTC M8 Ace, an alleged variant of the existing flagship One (M8), has once again appeared online along with its expected launch date and price.

First teased in an image by @evleaks in April, the HTC One (M8)'s (Review | Pictures) alleged cheaper plastic version is said to feature a 5-inch Super LCD 3 screen with a full-HD (1080x1920 pixels) resolution, and be powered by a quad-core Snapdragon 801 MSM8974AC SoC clocked at 2.5GHz. The ifanr report adds the smartphone will come with 2GB of RAM; 16/32GB inbuilt storage variants (expandable up to 128GB); a 13-megapixel rear camera with a BSI sensor; a 5-megapixel front-facing camera; Android 4.4 KitKat with Sense 6.0 UI, and a 2600mAh battery capacity.

Last week we saw another image of the alleged HTC M8 Ace in red colour that indicated the smartphone will sport a curved back panel made of polycarbonate material.

HTC however has not mentioned anything about the curvy smartphone, but supposedly hinted at M8 Ace, with a tweet on last Tuesday stating "More beautiful curves coming soon," along with an image which quotes Edward George Bulwer-Lytton - 'In life, as in art, the beautiful moves in curves'.

HTC is also expected to launch the alleged One (M8) Prime handset soon, specifications of which were leaked earlier this month. The smartphone is said to be built by a composite of aluminium and liquid silicone. The smartphone is also said to be waterproof, include a high speed Cat. 6 LTE radio, and a quad-core Snapdragon 805 SoC clocked at 2.5GHz. It has been also noted that the smartphone might also come with 5.5-inch QHD resolution screen and 3GB of RAM.