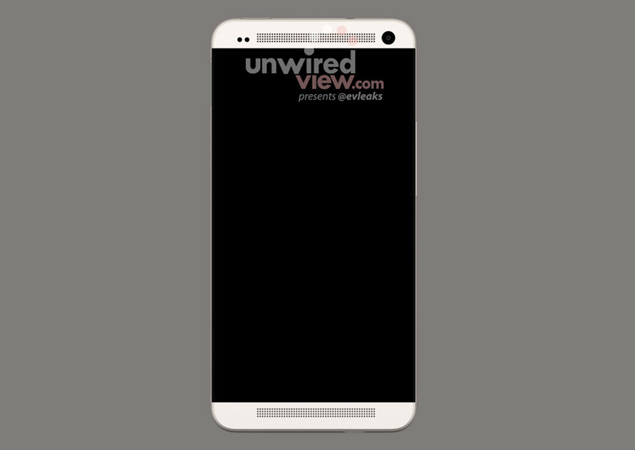 The Taiwanese smartphone maker HTC is expected to take the wraps of its new flagship smartphone HTC M7 at the Mobile World Congress (MWC) 2013. Twitter user @evleaks (through unwiredview.com) has posted a render of HTC M7.

According to unwiredview.com this new image is a part of animation clip instructing new owners on how to install the SIM card in their smartphone.

However, the lack of branding and other details (distinct screen borders, for instance) suggest that this is not the exact design HTC is expected to debut at next month's Mobile World Congress in Barcelona.

There have been murmurs that HTC may start retailing HTC M7 soon after its unveiling at the MWC.

As per the grapevine, the price of HTC M7 is expected to be more than $600 and it should be available through all major carriers in United States. However details regarding debut in other key markets are a bit sketchy as of now.

The rumours so far have indicated that the HTC M7 may come with a 4.7-inch full-HD screen. Other alleged specs include 1.7GHz quad-core Snapdragon processor with 2GB of RAM, 32GB of internal storage, 13-megapixel back camera and 2-megapixel one on the front.

The HTC M7 is said to have Android 4.2 (Jelly Bean) pre-loaded with a layer of HTC Sense 5.0 UI on top. A few days back, purported screenshots of this new user interface too were posted online.
Comments