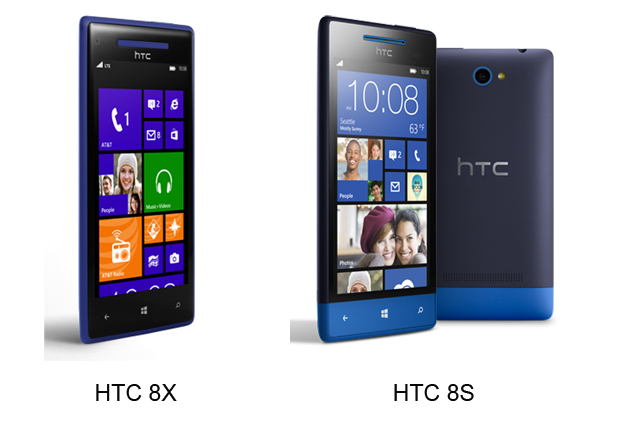 HTC is treating Indian users to an early Diwali surprise. A day after we reported that the Taiwanese manufacturer might launch its Windows Phone next week, the company has already unveiled the HTC 8X and 8S Windows Phone 8 devices in the country. Both devices will be available this month at best buy prices of Rs. 35,023 for the HTC 8X and Rs. 19,260 for the HTC 8S.

Both devices sport a uni-body design and are based on the Windows Phone Live Tiles. The HTC 8X comes with 4.3-inch 720p Super LCD 2 display coated with Gorilla Glass. The device sports an 8MP CMOS sensor with backside-illumination (BSI) for improved low-light performance, along with an f/2.0 aperture, 28mm lens and a dedicated imaging chip. The front camera is a 2.1MP with f/2.0 aperture and 88 degree ultra-wide angle lens, which also allows for high-definition video capture.

8X is also the first Windows Phone with Beats Audio technology and an audio amplifier.There is no expandable storage on 8X but you will get 16GB of on-board storage, part of which will be used by the operating system itself.

Both smartphones feature the Windows Phone Store and Xbox Live catering to their entertainment and gaming needs. The Windows Phone 8X will come in a variety of colours including California Blue and Graphite Black while the HTC 8S will be available in Fiesta Red and Atlantic Blue.

Speaking at the launch of these devices, Faisal Siddqui, Country Head, HTC India said, "Windows Phone has clearly emerged as one of the top mobile ecosystems and is competitive against any other smartphone platform in the world. We are confident that the iconic design and incredible innovation of the Windows Phone 8X and Windows Phone 8S by HTC will help consumers fully realise the potential and lifestyle benefits offered by these smartphones."

With HTC having outed its Windows Phones, Nokia is next in line to unveil the Lumia 920 in the country this month (Also see: Which is your next Windows Phone device - Nokia Lumia 920, HTC 8X or Samsung ATIV S?)