HTC Hima aka One (M9) Specifications Tipped in AnTuTu Benchmarks 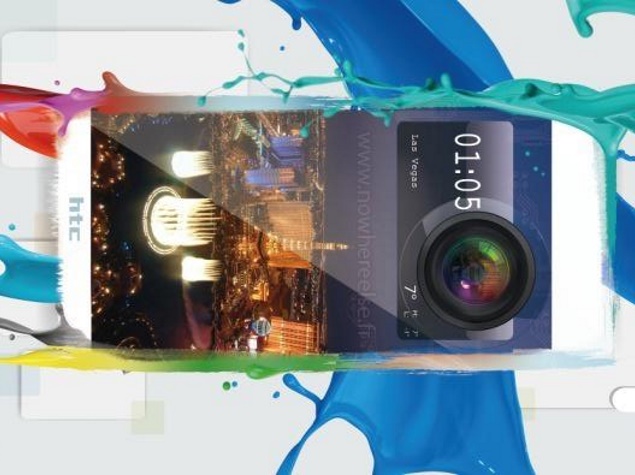 Though HTC doesn't have a history of launching flagship smartphones at CES, a report on Monday suggested that it could be different this time around.

The anticipated successor to the One (M8), the HTC Hima aka One (M9), which has been leaked in purported specifications on multiple occasions, has now been tipped in AnTuTu benchmarks (via Nowhereelse) as the HTC6535LVW (hima). 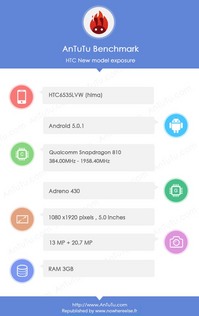 The AnTuTu specifications for the HTC Hima are in line with the specifications that were leaked by @upleaks earlier this month. The tipster had then also hinted that HTC is also working on an affordable version of the flagship dubbed HTC Hima Ace, much like the plastic HTC One (E8).

As for the specifications, @upleaks had suggested the Hima Ace to include a 5-inch full-HD display; a 64-bit Snapdragon 810 processor with four cores clocked at 2GHz and four cores at 1.5GHz; 3GB of RAM; a 20.7-megapixel rear camera; LTE Cat. 6 connectivity, and a 2840mAh battery.

The tipster had also suggested that both - HTC Hima and HTC Hima Ace - smartphones might sport a 13-megapixel or 4-megapixel UltraPixel front camera.

On Monday, Steve Hemmerstoffer of Nowherelse.fr website tweeted "#HTC #M9 #Hime #CES2015" along with an image of the smartphone partially covered with colour splashes. The image is speculated to be the invitation which HTC is sending for its CES 2015 event.

The CES 2015 will be held in Las Vegas from January 6 to January 9.
Comments

Apple Accounted for More Than Half the Devices Activated on Christmas: Report
Apple Announces No Questions Asked 14-Day Refunds on App Store, iTunes in EU