HTC Hima aka One (M9) Now Tipped to Launch at CES 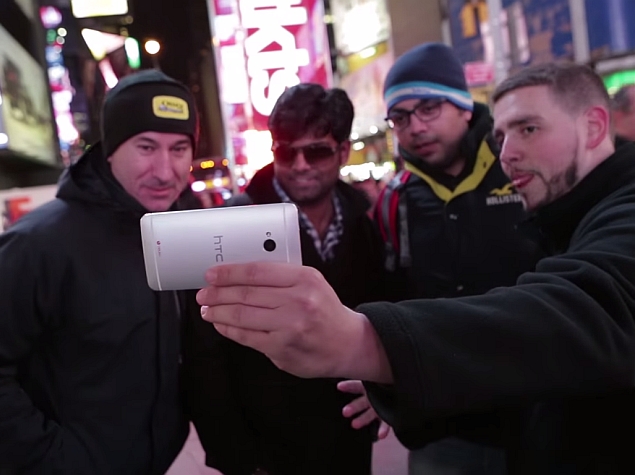 HTC's rumoured successor to One (M8), HTC Hima aka One (M9), is now being said to finally see the light of day during CES 2015, which will be held in Las Vegas from January 6 to January 9.

Steve Hemmerstoffer of Nowherelse.fr website on Monday tweeted "#HTC #M9 #Hime #CES2015" along with an image of the smartphone partially covered with colour splashes. The image is speculated to be the invitation which HTC is sending for its CES 2015 event.

The launch of the rumoured HTC Hima smartphone at CES 2015 seems quite unlikely as the Taiwanese firm has been launching its flagship smartphones in the month of March for the past two years. No other information about the smartphone has been tipped by the French publication.

The rumoured HTC Hima, as per a report from earlier this month, is tipped to include a 5-inch full-HD (1080x1920 pixels) display; a 64-bit Snapdragon 810 processor with four 2GHz cores and four 1.5GHz cores; 3GB of RAM; a 20.7-megapixel rear camera; a 13-megapixel or 4-megapixel UltraPixel front camera; a 2840mAh battery; Cat. 6 LTE connectivity support, and Android 5.0 Lollipop with Sense 7.0 UI.

HTC is also said to be planning the release of its Sense 7 UI customisation for Android 5.0 Lollipop around March-April next year. The report adds that other HTC devices launched in 2014 might receive it between May and July 2015.

So far, HTC is anticipated to roll out the Android 5.0 Lollipop update with HTC Sense 6 UI for its 2013 and 2014 flagship smartphones, the HTC One (M7) and One (M8) respectively, starting from January 3. However, HTC is yet to officially announce a date - though the Taiwanese manufacturer had in October confirmed it would be issuing the update for the two handsets, which would get the update within 90 days of receiving the final software from Google.