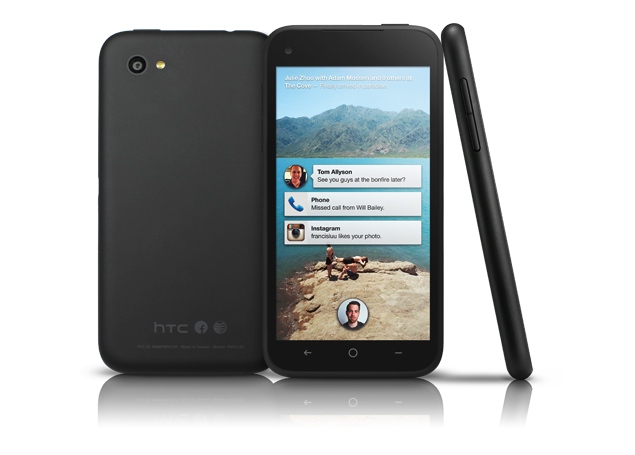 Facebook unveiled Home with much fanfare last month, and alongside Facebook Home came the first phone with the app pre-installed, the HTC First. The phone went on sale on US operator AT&T on April 12, and before the phone could be available to a wider audience, there's talk that AT&T will stop selling the phone altogether.

A report in BGR indicates that as of last week, AT&T had sold fewer than 15,000 HTC First units across the US since launch. Even though last week the phone's price was slashed to $0.99 with a contract, there are no signs of the sales picking up. The report quotes a source to say that due to these dismal numbers, AT&T plans to stop selling the HTC First and return unsold inventory to HTC.

The HTC First was unveiled last month. It features a 4.3-inch touch screen display that has a resolution of 720x1280 pixels. The phone is powered by a 1.4GHz dual-core Qualcomm Snapdragon 400 (MSM8930AA) processor and has 1GB of RAM. It's got a 5-megapixel rear camera and a 1.6-megapixel front camera. The rear camera is capable of recording 1080p video.

The phone features 16GB of internal storage but does not have a memory card slot for expanding storage capacity. It has a 2,000mAh non-removable battery. The phone runs Android 4.1 Jelly Bean with Facebook Home.

Facebook Home is an app - or the 'launcher' in technical terms - that is designed to let users display mobile versions of their Facebook newsfeed and messages prominently on the phone's home screen. Also included is "chat heads" messaging service and "cover feed", both of which dominate users' home screens and continuously feed messages, photos, status updates and other content from Facebook's network.