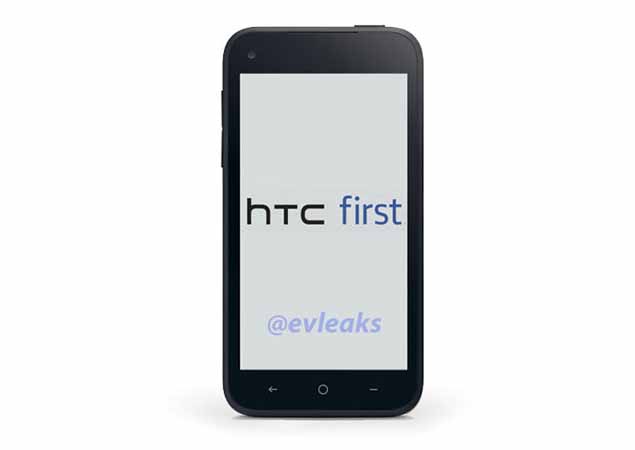 As soon as Facebook sent out invitations for its April 4 event, it sparked fresh speculations regarding the social networking site launching a smartphone. The event invite reads "Come see our new home on Android."

Twitter user @eveleaks has posted a purported image of this Facebook-centric smartphone. As per the leak, this smartphone will be dubbed HTC First. Previous rumours had suggested this smartphone "HTC Myst" as the code name.

The image also suggests that HTC First will be rectangular smartphone with curved borders. It will also have three capacitive buttons in the front. As far as the specifications for this smartphone go, past news reports suggest that HTC First will sport 4.3-inch screen along with 720p display. The smartphone will allegedly be powered by Qualcomm Snapdragon S4 processor along with 1GB of RAM. There will be 16GB of internal storage on-board. However, consumers will not be able to expand the storage any further via microSD card.

HTC First is likely to come with 5-megapixel rear snapper and 1.6-megapixel front camera. The smartphone will run on Android 4.1 (Jelly Bean) along with a layer of HTC Sense 4.5. The handset will also offer deep integration with Facebook.

(Update: @evleaks has posted another picture of the alleged HTC First on Weibo. This image shows that the HTC first might come in different colour options) 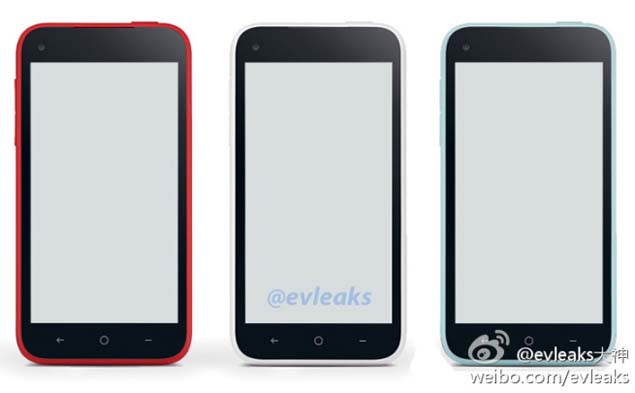 From the specs this appears to be a mid-range device. There is no word in regards to what the device might cost.

Earlier this week, leaks emerged offering details of Facebook's 'home on Android' on this device.

It is noteworthy, that this is not the first time that Facebook and HTC have teamed up to introduce a Facebook phone. In 2011, HTC had launched two Facebook smartphones - HTC ChaCha and HTC Salsa.

HTC ChaCha was launched in partnership with TATA DoCoMo in July for Rs. 15,990. It was an Android 2.3 smartphone skinned with HTC Sense featuring a 2.6-inch TFT capacitive touchscreen with a resolution of 320x480 pixels along with a QWERTY keyboard. Apart from a dedicated Facebook button, other features included an 800 MHz processor, 512MB of RAM, 512MB of internal storage expandable up to 32GB via microSD card, a 5-megapixel autofocus rear camera with LED flash, a VGA front camera and a 1,250 mAh battery.

The HTC Salsa on the other hand, was a full-touch Facebook phone priced at Rs. 22,000. The HTC Salsa came with a bigger 3.4-inch display and 1,520mAh battery with all other specifications identical to its younger sibling.