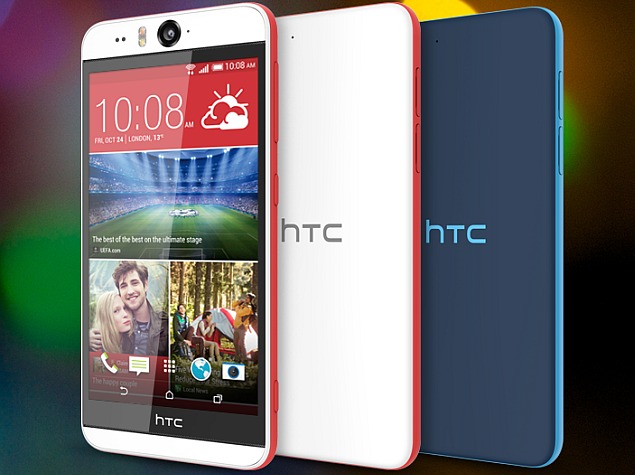 HTC on Friday announced the Desire Eye for India, saying it would be available in late November exclusively on Amazon India. Pricing will be revealed ahead of market availability. The smartphone had been unveiled globally last week.

The HTC Desire Eye selfie-focused smartphone boasts of a front-facing camera with the same treatment as the rear camera. Both feature 13-megapixel sensors, and are both accompanied by dual-LED flash.

It is worth noting that the Android 4.4 KitKat-based HTC Desire Eye is one of the only smartphones with such a high resolution front-facing camera. HTC Desire Eye also features an IPX7 rating, designed to resist immersion in water up to 1 metre for 30 minutes.

The HTC Eye Experience camera app suite, and the latest version of HTC Zoe, a video editing tool, has been introduced in the HTC Desire Eye. Zoe additionally integrates with the new HTC RE camera. The video-editing app will roll out to other Android and iOS smartphones later this year.

Front-facing stereo speakers powered by HTC BoomSound technology are also onboard the handset. It measures in at 151.7x73.8x8.5mm.