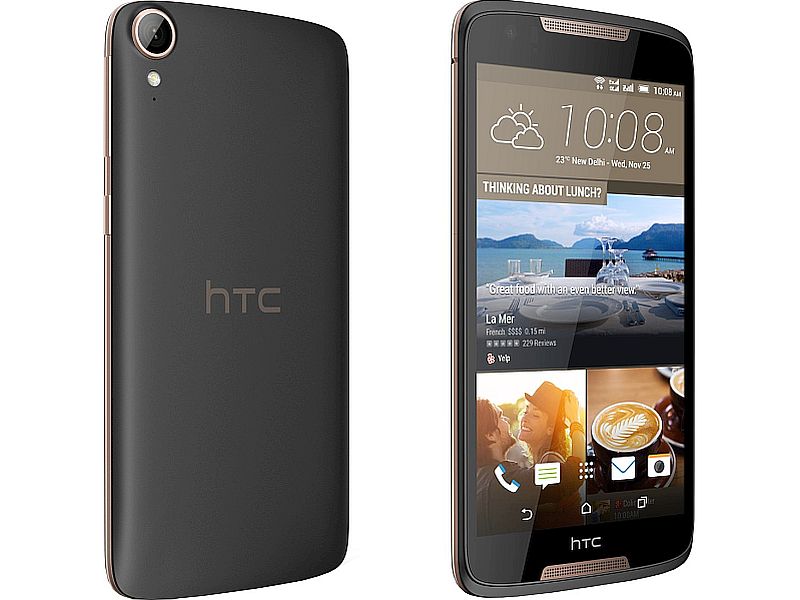 HTC's mid-range Desire 828 Dual SIM is said to have received a memory and storage bump in the form of a new variant, according to an established Mumbai-based retailer.

Mahesh Telecom has claimed that the HTC Desire 828 Dual SIM with 3GB of RAM and 32GB of storage is now available to buy in India at a price of Rs.19,990. Unfortunately, there has been no announcement from the company in this regard. But considering the reliability of the retailer's previous claims, we can expect HTC to announce the new Desire 828 Dual SIM variant soon.

To recall, the HTC Desire 828 Dual SIM was launched in India as the first Desire-range handset with OIS (optical image stabilisation) back in December 14. It was priced at Rs. 19,990 as well, and came with 2GB of RAM and 16GB of storage.

The HTC Desire 828 Dual SIM runs Android 5.1.1 Lollipop with HTC Sense and features a 5.5-inch full-HD (1080x1920 pixels) IPS display. It packs a 13-megapixel rear camera with LED flash, OIS, BSI sensor, and full-HD video recording. The handset packs an UltraPixel front camera with a BSI sensor. The dual-SIM (both Nano-SIM cards) dual-4G HTC Desire 828 Dual SIM is powered by an octa-core MediaTek MT6753 SoC (clocked at 1.5GHz) that as we mentioned is coupled with 2GB of RAM. The 16GB inbuilt storage on the smartphone is expandable via microSD card (up to 2TB). Connectivity options on the handset include Wi-Fi, FM radio, Bluetooth, GPRS/ EDGE, GPS/ A-GPS, 3G, Micro-USB and 4G LTE connectivity with support for Indian networks.

The HTC Desire 828 Dual SIM is backed by a 2800mAh battery, and 157.7x78.8x7.9mm. Much like other recently launched HTC Desire smartphones, the Desire 828 Dual SIM features HTC BoomSound technology, which is complemented by Dolby Audio as well. The handset packs ambient light, accelerometer, compass, and magnetic sensors.