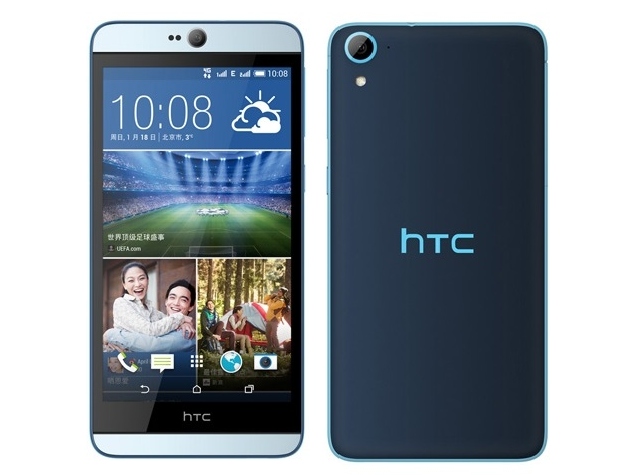 The smartphone will be available to buy starting Thursday from the HTC Eshop website. The smartphone's India price and launch dates are still not yet known, though the smartphone is already listed on the company's India site.

The 4G-enabled Desire 826 smartphone will come in two variants (single-SIM and dual-SIM) depending upon the regions. The HTC Desire 826 runs Android 5.0 Lollipop with HTC Sense UI skinned on top and features a 5.5-inch full-HD (1080x1920 pixels) display.

Connectivity options on the HTC Desire 826 smartphone include 4G (dual-4G), Bluetooth 4.0, Wi-Fi, GPS/ A-GPS, and Micro-USB. The handset is backed by a 2600mAh battery. The thickness of the smartphone is 7.5mm and it weighs 155 grams. The Desire 826 comes in two-tone colours including White Birch, Blue Lagoon, and Purple Fire.