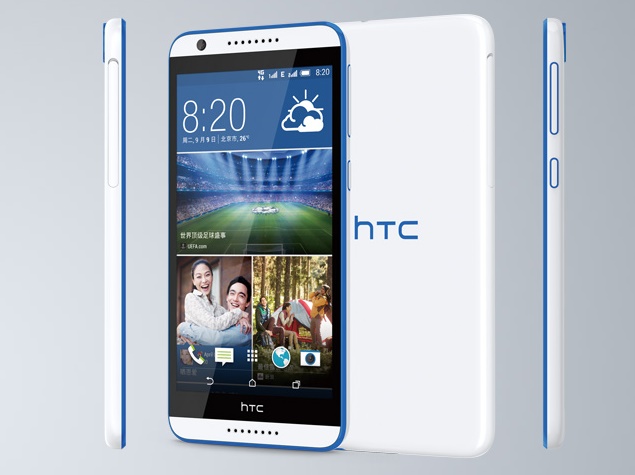 HTC China on Wednesday announced that pre-orders for the HTC Desire 820s smartphone in the country had topped 1.26 million.

The company took to Chinese social network Qzone, saying that more than 1.26 million pre-orders were received as of 6:30pm on Wednesday. Earlier the company had said that only 50,000 units of the HTC Desire 820s will be available when online sales open, reports Focus Taiwan.

The HTC Desire 820s is a variant of the Desire 820 launched by the company in September. The smartphone seems to be meant for China market only, as there is no official word on its release in other regions. HTC had announced the Desire 820s via its Weibo account earlier this month.

The dual-SIM HTC Desire 820s runs Android 4.4 KitKat and features a 5.5-inch HD (720x1280 pixels) display. It packs a 13-megapixel rear camera with LED flash, and an 8-megapixel secondary front-facing camera, just like the Desire 820. The 16GB internal storage on the Desire 820s is expandable via microSD card (up to 128GB). Connectivity options on the handset include Wi-Fi, FM radio, Bluetooth, GPRS/ EDGE, GPS/ A-GPS, 3G and 4G LTE.