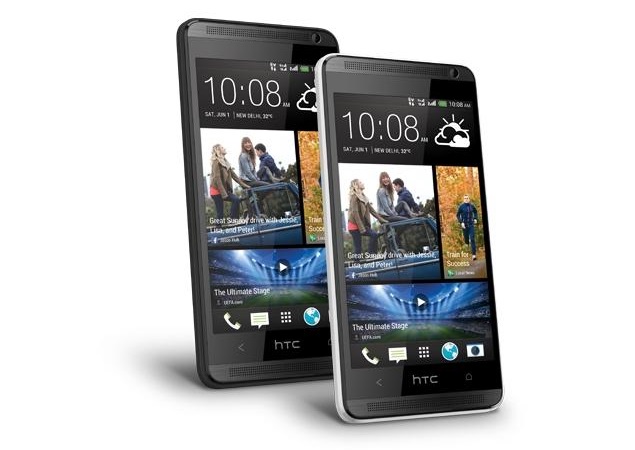 After unveiling the mid-range HTC Desire 600 dual-SIM (GSM+GSM) smartphone for the Indian market, the Taiwanese major is all set to launch another variant of the phone, the HTC Desire 600c dual-SIM (GSM+CDMA). The handset has already been listed on HTC's official website.

The HTC Desire 600c dual-SIM measures 134.9x66.78x9.55mm and weighs 127 grams. It features a 4.5-inch qHD display. The device is powered by a 1.2GHz quad-core Qualcomm Snapdragon processor coupled with 1GB of RAM. It comes with 8GB of internal storage which is expandable up to 64GB via microSD card. The HTC Desire 600c dual-SIM sports an 8-megapixel rear camera with auto focus accompanied by an LED flash and is capable of 720p video recording. There is 1.6-megapixel front-facing camera with BSI sensor.

The HTC Desire 600c dual-SIM is not a re-hash of its predecessor. Though the device sports almost the same specifications, it is not identical in design. The HTC Desire 600c dual-SIM is a CDMA variant and supports GSM+CDMA networks. The phone runs Android Jelly Bean with HTC Sense on top with BlinkFeed and other features. However, it's not clear at this stage whether the phone is running Android 4.1 or Android 4.2.