HTC Desire 22 Pro is claimed to be designed for immersive experiences on extended reality (XR) devices. 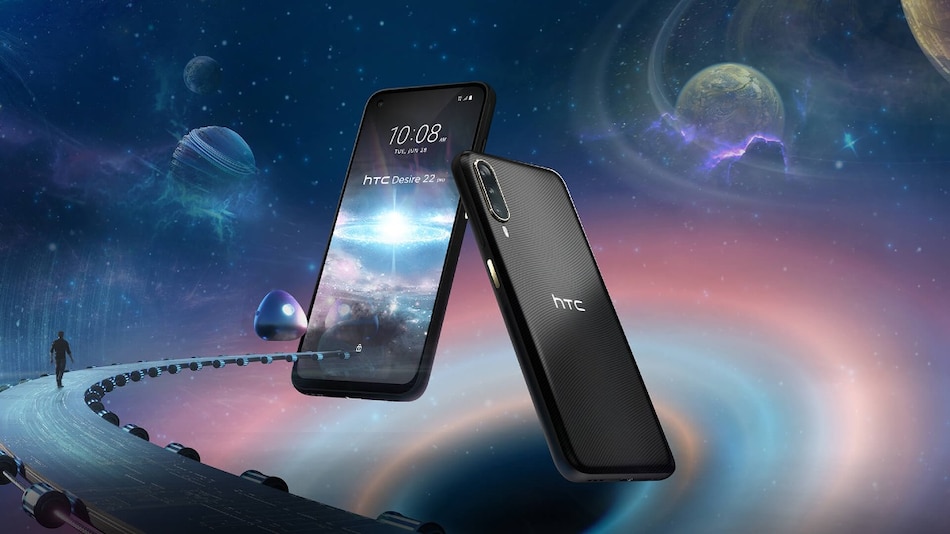 HTC Desire 22 Pro was launched in the UK on Tuesday. HTC says that the smartphone is designed for immersive experiences and is said to run 2D as well as 3D content on extended reality (XR) devices such as HTC Vive Flow VR glasses. It sports a 6.6-inch display with 120Hz refresh rate, a Snapdragon 695 5G SoC, a triple rear camera setup with 64-megapixel main sensor, a 32-megapixel front shooter, a 4,520mAh battery and IP67 rating for dust and water resistance rating.

The HTC Desire 22 Pro price has been set at GBP 399 (roughly Rs. 38,550) for the lone 8GB RAM + 128GB storage variant. The HTC phone is available for pre-order in the UK and shipping will start from August 1. It comes in only a Black colour option.

The HTC Desire 22 Pro is launched with 128GB inbuilt storage. Connectivity options on the smartphone include 5G, 4G LTE, dual-band Wi-Fi, Bluetooth v5.1, NFC, and a USB Type-C port. Sensors on board include an accelerometer, ambient light, compass, gyro, and a proximity sensor. The HTC handset sports a side-mounted fingerprint sensor for biometric authentication. It packs a 4,520mAh battery with 18W Quick Charge 3.0 support. It also supports wireless charging as well as reverse wireless charging. The phone measures 166.3x76.9x9.4mm and weighs 205.5g.