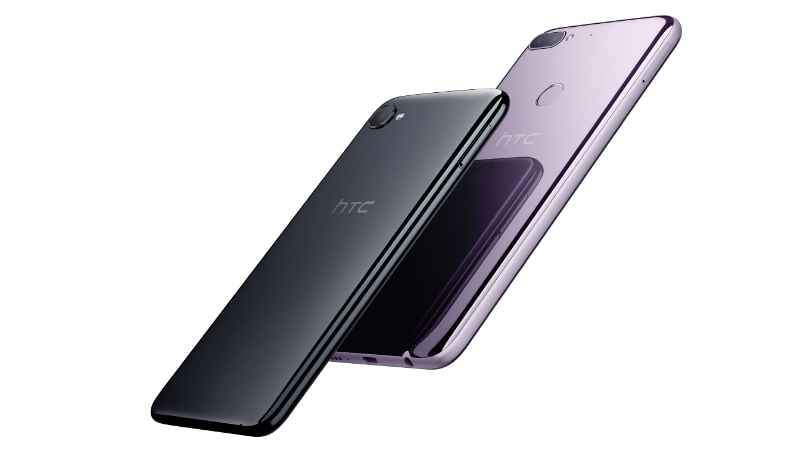 HTC Desire 12 and Desire 12+ are launching in India on June 6. HTC has teased the arrival of its two new Desire series handsets. The official teaser doesn't reveal any details about the price of the upcoming offerings, though it confirms their launch date. The handsets were announced globally back in March as the company's cheapest models to feature 18:9 display panels. Both come in Black and Silver colour options. The HTC Desire 12+ even includes a dual rear camera setup to offer a Bokeh mode out of the box.

HTC India on Tuesday posted a teaser image through its official Twitter account to reveal the launch of the Desire 12 and Desire 12+ in the country. The teaser image features both new Desire series models. "Coming to India. Save the date.. 06.06.2018," reads the tweet.

The HTC Desire 12 price starts at EUR 185 (approximately Rs. 14,500), while the Desire 12+ comes with a price tag of EUR 235 (around Rs. 18,500). Both handsets are already available for purchase in European markets. However, details about their price and availability in India are yet to be revealed.

The dual-SIM (Nano) HTC Desire 12 runs Android-based HTC Sense and features a 5.5-inch HD+ (720x1440 pixels) IPS display with an 18:9 aspect ratio. Under the hood, there is a quad-core MediaTek MT6739 SoC, coupled with 2GB and 3GB RAM options. The smartphone has a single, 13-megapixel BSI camera sensor on the back with PDAF and an f/2.2 aperture. It is accompanied by an LED flash. On the front, there is a 5-megapixel BSI sensor with an f/2.4 aperture.

The dual-SIM (Nano) HTC Desire 12+, on the other hand, runs Android 8.0 Oreo with HTC Sense on top and has a 6-inch HD+ (720x1440 pixels) IPS display with an 18:9 aspect ratio. The smartphone is powered by an octa-core Qualcomm Snapdragon 450 SoC, paired with 3GB of RAM. The dual rear camera setup on the Desire 12+ includes a 13-megapixel BSI primary sensor and a secondary 2-megapixel sensor. The setup has an f/2.2 aperture and enables features such as Bokeh mode, Face detection, and Panorama mode. For selfies, there is an 8-megapixel BSI camera sensor on the front with an f/2.0 aperture and features such as Beauty mode and HDR.