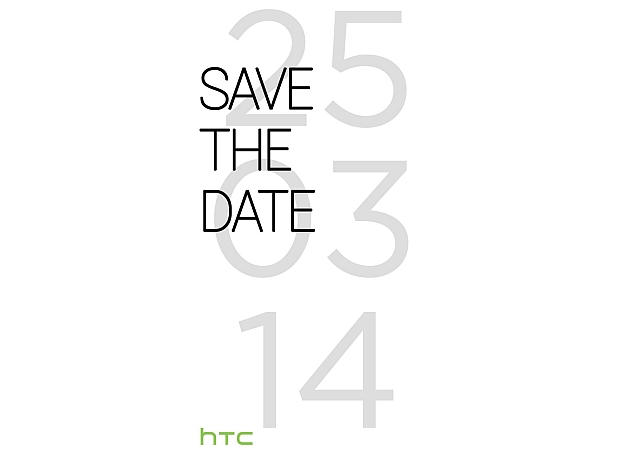 HTC will be skipping the upcoming Mobile World Congress 2014 event, scheduled to start in Barcelona from 24 February, and will instead be holding an event on in London and New York on 25 March 2014.

The news commes via HTC UK's Twitter Post which states "The best is about to get better," indicating the introduction of the next-gen HTC One smartphone.

It is being speculated that the Taiwanese firm's much-anticipated successor to the HTC One, the device also known as HTC M8, HTC One 2, HTC One+, HTC Two, and HTC One 2014, will be released at the 25 March event.

The HTC M8 is rumoured to feature a 5-inch screen with a QHD (1440 x 2560 pixel) resolution display. The report also points to the HTC One's successor using the same UltraPixel technology, which was previously seen in HTC One.

Besides the next-gen HTC One, the users can also pin their hopes on the HTC Desire 8 mid-range handset, which was confirmed by the firm's Weibo account Tuesday.

The mid-range dual-SIM HTC Desire 8, is expected to feature a 5.5-inch display with an unspecified pixel resolution and will reportedly be the first HTC device to be released after the HTC Desire 700.

It has been also reported that the alleged HTC Desire 8 will include a 13-megapixel rear camera, ditching the UltraPixel technology first seen with HTC One. The handset is also expected to include a high 5-megapixel front shooter with a 'beautification' mode, which so far has not been described in detail.

HTC One 2 Mini, the specifications of which were leaked last week by @eveleaks, can also see the light of the day on 25 March 2014.

According to the tipster, the M8 mini will have a 4.5-inch 720p display powered by quad-core 1.4GHz Qualcomm Snapdragon 400 chipset, coupled with 1GB of RAM. It is said to feature Sense 6.0 UI on top of Android 4.4.2 KitKat.

Further purported specifications of the M8 mini include a 13-megapixel rear camera and 5-megapixel front-facing camera.